The Sonos smart speaker with microphone hits the FCC | The Verge 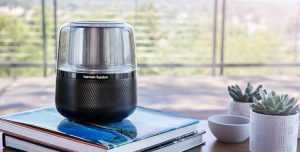 The Internationaler Funkaustellung trade show has been and gone but this time more manufacturers were premiering smart-speaker products based on either the Amazon Alexa or Google Assistant platforms.

One of these is the Sony LF-S50G speaker that looks like Apple’s Siri-based HomePod smart speaker but has an integrated display while Panasonic were also launching the GA10 which is a box-like smart speaker. Both of these speakers work with Google Assistant.

But a few companies have put their feet in multiple ponds by supporting two or more platforms. One way is to offer different models or product ranges that are based on different platforms. The other is to attempt to have the one smart speaker able to be set up to work on one of many platforms that the user chooses. 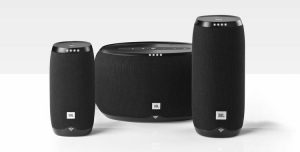 The latter approach has been taken by Sonos with their S13 prototype smart speaker that is intended to be released on October 4. Here, they put forward the idea of having the user to have this speaker work with Siri, Alexa or Google Assistant rather than being stuck with one platform. It is seen as a premium-level attack at the Apple HomePod which will be based on Siri.

The approach of a manufacturer supporting different voice-driven-assistant platforms like Alexa or Google Assistant in different product ranges may appeal to companies who see one of the platforms offer a particular premium-level cachet which can tie in with their premium product ranges. This is while a popular platform like Alexa or Google Assistant could end up being focused on to popularly-targeted products.

Compare this with the idea of having multiple platforms supported by the same smart-speaker or similar device. Here, it can appeal to TVs, hi-fi / home-theatre components and allied devices that are expected by customers to run for the long haul or with premium network speaker products.

Either trend could be support by many different manufacturers while the devices that you interact with for these platforms could end up being more than just the cylindrical benchtop speakers.