Is Amazon Alexa and similar voice-driven assistants becoming a new point of political influence in our lives?

Alexa, are you a liberal? Users accuse Amazon’s smart assistant of having a political bias after she reveals she is a feminist who supports Black Lives Matter | Daily Mail

An issue that has started to come on board lately is how Amazon Alexa, Google Assistant, Apple Siri and Microsoft Cortana respond to highly-polarising political questions especially in context to hot-button topics.

This talking point has come up just lately in the USA which has over the last year become highly polarised. It has been driven by the rise of the alt-right who have been using social media to spread their vitriol, the fake news scandals, along with Donald Trump’s rise to the White House. Even people from other countries who meet up with Americans or have dealings with any organisation that has strong American bloodlines may experience this. 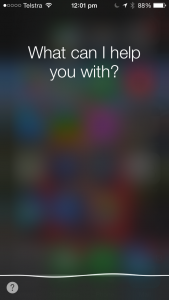 Could this even apply to Apple’s Siri assistant or Google Assistant that you have in your smartphone?

What had been discovered was that Amazon’s Alexa voice-driven assistant was being programmed to give progressive-tinted answers to issues seen to be controversial in the USA like feminism, Black Lives Matter, LGBTI rights, etc. This was causing various levels of angst amongst the alt-right who were worried about the Silicon-Valley / West-Coast influence on the social media and tech-based information resources.

But this has not played off with the UK’s hot-button topics with Alexa taking a neutral stance on questions regarding Brexit, Jeremy Corbyn, Theresa May and similar lssues. She was even challenged about what a “Corbynista” (someone who defends Jeremy Corbyn and his policies) is. This is due to not enough talent being available in the UK or Europe to program Alexa to achieve answers  to UK hot topics in a manner that pleases Silicon Valley.

The key issue here is that voice-driven assistants can be and are being programmed to answer politically-testing questions in a hyper-polarised manner. How can this be done? 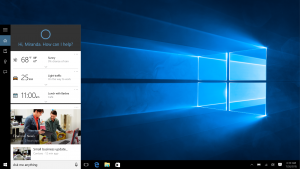 Could it also apply to Cortana on your Windows 10 computer?

The baseline approach, taken by Apple, Google and Microsoft, can be to give the assistant access to these resources that matches the software company’s or industry’s politics. This can be pointing to a full-tier or meta-tier search engine that ranks favourably resources aligned to the desired beliefs. It can also be about pointing also to non-search-engine resources like media sites that run news with that preferred slant.

The advanced approach would be for a company with enough programming staff and knowledge on board could programmatically control that assistant to give particular responses in response to particular questions. This could be to create responses worded in a way to effectively “preach” the desired agenda to the user. This method is infact how Amazon is training Alexa to respond to those topics that are seen as hot-button issues in the USA.

Government regulators in various jurisdictions may start to raise questions regarding how Alexa and co are programmed and their influence on society. This is with a view to seeing search engines, social media, voice-driven assistants and the like as media companies similar to newspaper publishers or radio / TV broadcasters and other traditional media outlets, with a similar kind of regulatory oversight. It is more so where a voice-driven assistant is baked in to hardware like a smart speaker or software like an operating system to work as the only option available to users for this purpose, or one or more of these voice-driven assistants benefits from market dominance.

At the moment, there is nothing you can really do about this issue except to be aware of it and see it as something that can happen when a company or a cartel of companies who have clout in the consumer IT industry are given the power to influence society.