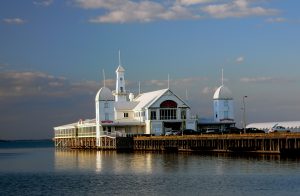 Hey Geelong – Did you hear us on the radio? (Interview broadcast on Radio Bay FM)

Spirit Telecom ahs been established since 2005 and has provided infrastructure-level competition for broadband Internet service in some of Melbourne’s inner neighbourhoods. Here, households and businesses who sign up with Spirit have access to simultaneous ultra-high-speed bandwidth thanks to use of Ethernet cabling within the buildings and a fibre-optic network for the last-mile connection to the building.

But Spirit is intending to roll this infrastructure out to Geelong with the first development that will benefit being the Federal Mills regional technology hub, an example of the new economic direction for that city. Let’s not forget that Geelong is starting to take on high-rise development within its CBD, which could open the door for Spirit Telecom to wire up the new developments for Ethernet-based FTTB next-generation broadband. It is in conjunction with Spirit Telecom’s other efforts to reach other Australian cities to provide developers, building owners and businesses a viable high-quality alternative to the NBN.

This broadcast is a sign of the times because it has highlighted the slowpoke effort that NBN has taken with providing a reliable next-generation broadband service in most of built-up Australia. There was even an on-air “dig” cast at NBN because of the delay in rolling out broadband in to that city.

Personally, I see Spirit Telecom’s effort in running their own infrastructure and high-quality next-generation broadband Internet as something that will “put a rocket up” NBN to roll out infrastructure in to that city/

Chorus brings Gigabit throughput across all its Kiwi Fiber territory