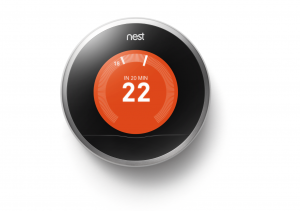 There are at least four key smart-home standards (CHoIP, Zigbee, Z-Wave and Open Connectivity Foundation) that work across multiple levels of the protocol stack for this kind of usage. Most of these have backing from some of Silicon Valley’s big names like Amazon, Apple and Google and some will work on particular low-power wireless transports like Zigbee and Z-Wave.

This will be worked on for both device-to-device and cloud-to-cloud use cases. The former arrangement would best describe where a device like a sensor or control device is simply reporting to another device like a heating system while the latter would describe setups that liaise with online services but could represent multiple smart-home systems within the same property.

A question that will come up is having a standard to logically identify devices by their function, capabilities and attributes in a consistent manner no matter the protocol and vendor. This includes exchanging commands, status reports and events between the devices and others dependent on them.

As well the reality for most of us would be to “start small” and build out a smart-home setup. This may involve dealing with room-based or function-based logical clusters with multiple endpoint devices reporting to cluster-based “hub” devices. In this situation, these “hubs” may end up having to share information with each other to have the setup work as a larger one.

A good example of this may be a smart speaker based on a particular voice-driven home assistant platform that also has home-automation hub functionality being brought in to one’s home even while there is the home-automation central unit facilitated by the end-user’s telco as part of a multiple-play Internet-service deal already in service.

The same situation will also come about with smart-home devices having increased processing power and being able to do more; as well as factoring in a mix of older and newer devices that satisfy particular needs.

What I see that could be happening is the creation of a few shared-code or open-source software stacks that encompass the main home-automation protocols. It will then allow for a wider net to be cast when it comes to developing those smart-home solutions due to the ability for software developers to concentrate on the “rest of the package” for their solution without “reinventing the wheel”.

Alternative “free-speech”social networks are coming to the fore