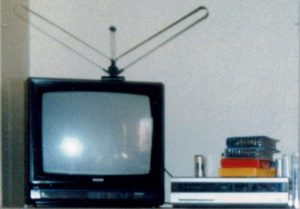 Behind The News – Media Literacy Series

Regularly, I cover on HomeNetworking01.info the issue of fake news and disinformation. This is because of our consumption of news and information being part of our online lives thanks to the ubiquity and affordability of the Intermet.

I have highlighted the use of online sources like social media, Web portals, search engines or news aggregators as our regular news sources along with the fact that it is very easy to spread rumour and disinformation around the world thanks to the ease of publishing the Web provides. As well, it is easy for our contacts to spread links to Web resources or iterate messages in these resources via the Social Web, emails or instant-messaging platforms.

This issue has become of concern since 2016 when fake news and disinformation circulating around the Web was used to distort the outcome of the UK’s Brexit referendum and the US election that brought Donald Trump in to the presidency of that country.

Since then, I have covered efforts by the tech industry and others to make us aware of fake news, disinformation and propaganda such as through the use of fact-checkers or online services implementing robust data-security and account-management policies and procedures. It also includes articles that encourage the use of good-quality traditional media sources during critical times like national elections or the coronavirus and I even see the issue of being armed against fake news and disinformation as part of data security.

The ABC have run a video series as part of their “Behind The News” schools-focused TV show about the media which underscores the value of media literacy and discerning the calibre of news that is being presented. On Tuesday 6 July 2020, I watched “The Drum” and one of the people behind this series described it as being highly relevant viewing for everyone no matter how old we are thanks to the issue of fake news and disinformation being spread around the Web.

It is part of their continued media-literacy efforts like their “Media Watch” TV series run on Monday nights which highlights and keeps us aware of media trends and issues.

In that same show, they even recommended that if we do post something that critiques a piece of fake news or disinformation, we were to reference the material with a screenshot rather than sharing a link to the content. This is because interactions, link shares and the like are often used as a way to “game” social-network and search-engine algorithms, making it easier to discover the questionable material.

The first video looked at how and why fake news has been spread over the ages such as to drive newspaper sales or listenership and viewership of broadcasts. It also touched on how such news is spread including taking advantage of “thought and social bubbles” that we establish. As well, one of the key issues that was highlighted was fact that fake news tends to be out of touch with reality and to encourage us to research further about the article and who is behind it before taking it as gospel and sharing it further.

It also touches on whether the news source is relying primarily on secondary sources or hearsay vs expert or authoritative testimony. They raise the legitimacy of contrasting opinion like academic debate or where there isn’t enough real knowledge on the topic. But we were warned about news sources that are opinion-dominant rather than fact-dominant. Even issues like false equivalence, bias or use of anonymous sources were identified along with the reason behind the source presenting the information to the journalist or newsroom.

This video even summed up how we assess news sources by emphasising the CRAP rule – Currency (how recent the news is), Reliability (primary vs secondary source as well as reliability of the source), Authority (is the source authoritative on the topic) and Purpose (why was the news shared such as biases or fact vs opinion).

The third video in the series talks about what makes information newsworthy. This depends on who is reporting it and the consumers who will benefit from the information. It also covered news value like timeliness, frequency of occurrence, cultural proximity, the existence of people in the public spotlight along with factors like conflict or the tone of the story. It completely underscored why and how you are told of information that could shape your view of the world.

The fourth video looks at bias within the media and why it is there. The reasons that were called out include to influence the way we think or vote or what goods or services we buy. It also includes keeping the media platform’s sponsors or commercial partners in a positive light, a media platform building an increasingly-large army of loyal consumers, or simply to pander to their audience’s extant biases.

It also looked at personal biases that affect what we consume and how we consume it, including the “I-am-right” confirmation bias, also known as the “rose-tinted glasses” concept. Even looking at how people or ideas are represented on a media platform, what kind of stories appear in that platform’s output including what gets top place; along with how the stories are told with both pictures and words can highlight potential biases. There was also the fact that a personal bias can be influenced to determine what we think of a media outlet.

The last of the videos looks at honesty, accuracy and ethics within the realm of media. It underscores key values like honest, accurate, fair, independent and respectful reporting along with various checks and balances that the media is subject to. Examples of these include the protections that the law of the land offers like the tort of defamation, contempt of court and similar crimes that protect the proper role of the courts of justice, hatred-of-minority-group offences and right-to-privacy offences. There is also the oversight offered by entities like broadcast-standards authorities and press councils who have effective clout.

The legal references that were highlighted were primarily based on what happens within Australia while British viewers may see something very similar there due to implied freedom of speech along with similarly-rigourous defamation laws. The USA may take slightly different approaches especially where they rely on the First Amendment of their Constitution that grants an express freedom of speech.

But it sums up the role of media as a check on the powerful and its power to shine a light on what needs to be focused on. The series also looks at how we can’t take the media for granted and need to be aware of the way the news appears on whatever media platform we use. This is although there is primary focus on traditional media but in some ways it can also be a way to encourage us to critically assess online media resources.

The video series underscores what the news media is about and covers this issue in a platform-agnostic manner so we don’t consider a particular media platform or type as a purveyor of fake or questionable news. As well, the series presents the concepts in a simple-to-understand manner but with the use of dramatisation in order to grab and keep our attention.

Here, I often wonder whether other public-service or community broadcasters are running a similar media-literacy video program that can be pitched at all age levels in order to encourage the communities they reach to be astute about the media they come across.

Twitter–who see what and when

Keeping those videoconferencing platforms relevant beyond the pandemic shutdown