Intel is intending to increase its semiconductor manufacturing capacity within the United States as part of their latest vision speech they held at their American headquarters. 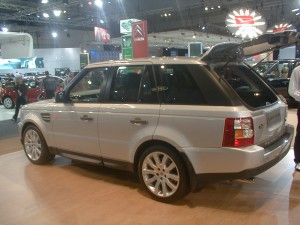 It also has been underscored by the recent shortage of advanced microelectronics components. This is impacting the manufacture of finished computer hardware products but also is impacting the manufacturer of other products like cars that effectively have their own computers. For example some vehicle builders were even keeping finished cars at their factories until certain silicon chips are available before they could release them to the dealerships.

Intel intends to set up and open two new semiconductor factories in Arizona and mot just use them for Intel’s own microelectronics products. Here, they will be capable of working as semiconductor foundries who manufacture silicon chips for other vendors who are typically “fabless” semiconductor manufacturers like Qualcomm or Apple who outsource their actual manufacturing.

Intel will undertake further work to open up factories within the USA and Europe with the goal of tipping the scales in favour of these areas when it comes to manufacturing advanced silicon. It will underscore these countries’ sovereignty when it comes to advanced microelectronics manufacture allowing them to make their own cutting-edge technology from the drawing board to the finished product themselves.

Another direction that Intel sees for their silicon design and manufacture is for them to license out Intel’s intellectual property to third parties to add value to or turn in to finished product. It will also mean that Intel’s factories will end up making silicon based on RISC-based microarchitectures like the open-source RISC-V technology or the established ARM technology.

If Intel gets this idea up off the ground, it could be a chance for semiconductor foundries capable of advanced microelectronics manufacturer to appear within USA, Canada, Europe and Australasia. This will help these countries with industries dependent on this kind of technology like green tech, consumer electronics or transport.

Another threat to Apple being the king of “all things cool”