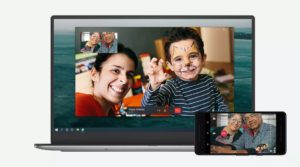 WhatsApp now does one-to-one video videocalls on the desktop

How to Make WhatsApp Voice and Video Calls on Desktop (lifehacker.com.au)

Introducing private and secure calling from the desktop – WhatsApp Blog

A new platform is calling: Help us test one-to-one voice and video conversations on Signal Desktop (Blog Post from Signal) 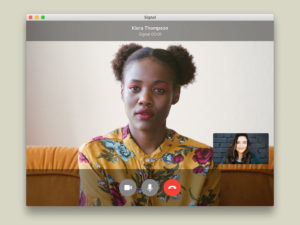 WhatsApp and Signal, both messaging and calling systems that implement end-to-end encryption, are dependent on a primary client which is the user’s smartphone. But both platforms also implement secondary software native to most desktop operating systems so that users can interact with these platforms on their regular computer.

But the desktop programs for these services are dependent on the primary smartphone which has the user’s mobile number and encryption keys to work properly. The software was initially set up for personal and group chat abilities only but has now been “built out” to support one-on-one audio and video calls using the desktop client software.

How WhatsApp and Signal work with their desktop client software

Some users prefer to use a desktop or laptop computer to make or take videocalls due to the larger screen these devices offer. As well, there is an increasing number of Windows-powered 2-in-1 convertibles that can easily answer this need.

What has now happened for WhatsApp and Signal is that the latest versions of their desktop client software is now supporting voice and video calling. At the moment, this will support one-on-one voice and videocalling.

Signal have even worked on the WebRTC real-time-communications protocol and contributed their improvements to the source code for that protocol. This is to make things work smoothly for one-user many-device operation, something that could apply to a lot of videocall apps based on this technology.

Both companies will need to work towards supporting group videocalls on their desktop software as well as on the primary mobile devices. This is more so as the desktop computing environment shows appeal towards multiparty videocalls.

As well, the WhatsApp and Signal efforts are about implementing voice and videocalls in a multiple-device sense where there is a primary device operated by the user. This may legitimise other similar use cases like automotive or group-videophone (connected-TV / set-top device) use cases.

Orange to set up Facebook-based voice calling in France