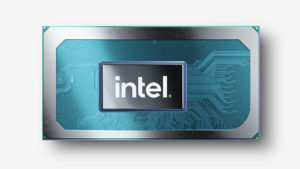 This to be part of affordable increasingly-powerful laptops

Intel and NVIDIA had just released new processing silicon for laptops and similar use cases that is about high-performance computing. This is although there is a processor-chip shortage that is affecting the computing, automotive and allied industries.

Intel is offering the newer performance-focused 11th-generation Tiger Lake H-Series Core CPUs. This is in addition to business-focused H-Series Core CPUs that come with vPro security / management facilities. All of these will at least support Thunderbolt 4 connectivity for increased expansion.

But NVIDIA have released the RTX 30 series of discrete graphics processors optimised for mobile and low-profile use cases. These GPUs, especially the RTX-3050 and RTX-3050Ti variants are pitched as affordable capable mobile units to court the gaming and creator market segments.

They are optimised to offer screen refresh rates of more than 60fps for a Full HD 1080p display. That understands the preference for laptops being equipped with Full HD 1080p screens for their built-in displays due to that offering battery efficiency for this use case.

Lets not forget that these GPUs will offer ray-tracing abilities at affordable prices and in the mobile context. This will benefit computer games and similar graphics applications where realism is important.

Intel and NVIDIA are pitching this silicon combination to budget gamers, creators especially the “prosumer” type and high-performance thin-and-light laptops. I would see this more as laptop manufacturers offer performance variants of their mainstream product lines that can appeal to university students. budget gamers and similar users where cost and performance matter.

But I would see NVIDIDA’s new graphics silicon also appealing to external graphics modules especially in the form of highly-compact types that use soldered-in GPUs. As well, this mobile-focused silicon could also appeal to ultra-compact NUC-type desktop computers where a performance variant  is important.

Here, most of the computer manufacturers refreshed their lineup of performance-focused Windows laptops with this new silicon. This included creator/prosumer 15” and 17” thin-and-light laptops intended to compete with Apple’s MacBook Pro.

All this new silicon is about bringing desktop-class graphics performance to mobile use cases especially where you don’t have to pay a lot for this kind of performance. NVIDIA was even putting forward the idea of increased graphics power at a price students can afford, but I see this as an all-round GPU that doesn’t depend on their continued interest in engineering, architecture or statistics for example. It is also about being suited to rest-and-recreation gaming as well.

It is another example of the increased investment in regular computers that run desktop operating systems that has taken place over the last six months. This is underscored by the increased use of these computers during the COVID-19 pandemic and associated lockdowns to work, learn, play and communicate at home. As well, an increased and continued interest in working away from the office on a part-time or full-time basis is driving more interest in this class of computer.

Here, the laptop form factor is being preferred due to its combination of portability and power and the investment in more power mobile silicon is showing this reality for most computer users.

Alfaview brings forth a German competitor to the world of videoconferencing