The Freebox Révolution – the sign of an advanced Internet in France

France is intending to take bigger strides towards an IPv6 Internet.

Here, the ARCEP who is the country’s telecoms authority are expediting this process through a series of steps.

Firstly, they will be moving the government’s public-facing Web sites towards IPv6 operation. Most likely, this will be a dual-stack affair to allow legacy networks to touch these sites.

Then they will run a public-awareness and education campaign about IPv6 including identifying obstacles associated with not moving towards this newer set of Internet protocols. Two main obstacles in this case would be computers running operating systems that don’t have IPv6 dual-stack operation, and routers that don’t provide for IPv6 operation. This may not be an issue with the latest “n-boxes” that each of the French ISPs are offering to their customers like the Freebox Révolution.

The next stage would be to facilitate moving towards IPv6 by having it work across all of the providers competing with each other in that country.

Users will also benefit from improved information especially about maintaining the IPv4 equipment and networks. This is more so with maintaining the legacy IPv4 addresses, but the endpoint issue could be resolved with various routing or tunnelling setups that IPv6 offers.

Last but not least, the French Internet backbone will move off IPv4 towards IPv6, probably only allowing IPv4 “at the edge”.

But some, if not most, of the ISPs serving the French market, especially Free, may be stepping forward towards IPv6 as part of the competitive marketplace. This includes releasing “n-box” routers that have support for this technology or adding this level of support to some existing equipment through a firmware update. Let’s not forget that most operating systems for regular and mobile computing devices will provide for IPv6 in a dual-stack form. Here, it is underscoring that France has been identified one of the first countries to head towards IPv6 technology.

Another step towards widespread IPv6 adoption has taken place with BT, one of Britain’s major ISPs, moving their UK customers including households towards IPv6. This is after Comcast had provided a 100% IPv6 rollout to their customers in August 2014 and is a sign of the times for big ISPs who have the large customer bases because they are running out of public IPv4 addresses to issue to customers.

There is a goal to have half of the UK covered by April 2016 then to have all covered by Christmas that year. They will also want to get this going with a soft launch rather than with a lot of publicity.

This will typically be in a dual-stack setup like most other IPv6 ISP developments but customers who use their Home Hub 5 routers. Home Hub 4 routers will be IPv6-ready after an upgrade.  But this can also work with third-party routers that implement IPv6 in a dual-stack manner, a feature that is being asked of for recent premium and mid-tier equipment but is starting to become more common. Some of you may use a router that can be enabled for IPv6 after a firmware upgrade and it is wise to check at your equipment manufacturer’s Website for any newer firmware that allows for this. Typically, you just have to enable IPv6 on your router’s WAN (Internet) connections to have this function enabled which is something you do via its management Web page.

As for your equipment, your computer, tablet and smartphone will be IPv6 ready if it is running a recent operating system and most of the high-end home and small-business NAS devices will support IPv6. At the moment, if you are after a network-capable printer that supports IPv6, you will probably have to purchase a small-business device from one of the big names.

Another of the main broadband providers in the UK is getting ready to “go” IPv6.

This time, it is Sky Broadband and their first step towards widespread deployment is to roll out a firmware update to their SkyHub SR101 and SR102 modem routers which are the latest modem routers they are offering for their consumer-facing Internet service. Most likely, this may be a “blind update” where customers don’t need to do anything to facilitate the update being put in place.

Like all other ISPs, Sky is running out of its stockpile of IPv4 IP addresses which will make life increasingly difficult when it comes to provisioning Internet service to newer customers. This is a similar analogy either with phone numbers as people and businesses sign up for standard telephony services or add functionality to their existing telephony services, or with motor vehicle registration numbers (license-plate numbers) in a jurisdiction as people register new vehicles or move and garage their vehicles into that jurisdiction. It may involve passing IPv4 public IP addresses around multiple customers or having to bite the bullet and go IPv6.

The main questions that could be raised with this deployment is whether it will primarily be a dual-stack deployment and also whether routing between IPv6 and IPv4 addresses will take place within the router or host equipment at Sky’s backend.

For Internet service providers and Internet content hosts that serve consumers and small businesses, the reality of having to go IPv6 will be coming upon them all and they will have to factor this in soon. This will also have to apply to any “carrier-supplied” customer-premises equipment which will have to support IPv6 either out-of-the-box or after a firmware update. 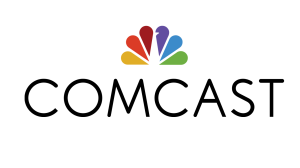 Comcast is now one of the first major Internet service providers in the USA to set up for full IPv6 operation for its residential and small-business Internet-service products. Here, they are operating this on a dual-stack arrangement with customers able to receive IPv4 and IPv6 addresses and connections.

This is to satisfy realities that are affecting Internet use such as a reduction of publically-available IPv4 addresses and the arrival of the “Internet Of Everything” concept where there will be many devices connected to networks both large and small.  IPv6 also opens up newer network-management functionalities like Segment Routing and Service Function Chaining.

Here, they are also optimising the XFinity X1 and XFinity Voice product platforms for IPv6 as well as implementing IPv6 for all of networks associated with the NBC Universal digital-content properties.

If a Comcast subscriber is to benefit from IPv6, they would have to connect the cable modem to a router that supports IPv6 dual-stack functionality. In some cases, you may have to have the existing cable modem swapped out for a newer unit or have Comcast flash the existing unit with newer IPv6-ready firmware. When you set up your router’s IPv6 WAN/Internet options, you may find it best to let the router use the “auto-detect” options.

This could show up as a step in the right direction for IPv6 in the world’s largest and densest Internet-service market.

It is taking a long time for most people to become aware of IPv6 in their personal computing environment. This is although most regular and mobile operating systems provide for dual-stack and routed IPv6 support, an increasing amount of NAS units, business-grade printers and premium routers are offering dual-stack IPv6 operation and more Websites and Web hosts are moving towards IPv6 dual-stack operation.

It is due to a lot of ISPs not enabling this functionality with most residential and small-business Internet-service offerings and most popularly-priced or carrier-supplied routers not being made “ready for IPv6”. France has taken a few steps already in the IPv6 direction with the likes of Freebox Révolution being ready for this technology.

But they are taking further steps by using the might of the government’s regulatory authority to push for IPv6 to be a standard for Internet service offered there. This has been driven by the reduced pool of public IPv4 IP addresses being available and is a similar step to their switch from analogue to digital TV broadcasting.

It may be the first government-level initiative to bring through the IPv6 technology to the home network but may not be the last. I also see that the government-based effort may be best turned towards promoting the use of IPv6 by French Internet users rather than by legislating it as a service standard. This is because of the frequent product-updating culture that is taking place with the French carriers to assure consumers have a service worth staying on for especially in a competitive market like France.

Comcast are rolling out a pilot deployment of IPv6-based Internet service. Here the customers will be those using a computer that is connected directly to a compatible DOCSIS 3.0 cable modem.

The computer will have to run Windows Vista or 7 for the Windows platform or MacOS X Lion for the Macintosh platform. This is because these operating systems are known to support a dual-stacked IPv4/IPv6 setup which the service will be based on. As well, these services will be provided with a unique full IPv6 address. Of course, Comcast will have 6to4 IP gateways in the network to bridge the IPv6 and IPv4 networks.

At the moment, there will be the rough edges through the deployment of this trial setup while the bugs are ironed out. A subsequent trial in the near future will then look at the use of home networks, but I would like to have this trial examine networks that are comprised of IPv4-only devices as well as dual-stack IPv4/IPv6 devices. This would also encompass access to legacy and IPv6 Internet services from both the legacy and the IPv6 devices.

Most likely this rollout will appeal and be targeted to some of the computer “geeks” who want to dabble in the latest setups. But I see it as a chance for Comcast, a mass-market cable-Internet provider, to put IPv6 through its paces before the full deployment commences. It also is an open chance for Comcast to put their findings about how their IPv6 deployment went to other cable-Internet providers who will be facing a requirement to roll up to this technology.