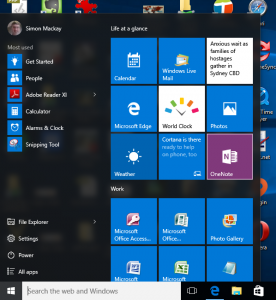 Windows 10’s Universal Windows platform now in place and allowing for an app to serve smartphones, tablets and regular computers

With Windows 10 out in the field, Microsoft has been observing that the Windows 10 Universal Windows Platform has been gathering steam.

What has been valued about the Universal Windows Platform is that a single codebase exists for applications destined for the Windows 10 Desktop operating system on regular computers and larger tablets; the Windows 10 Mobile operating system on smartphones, phablets and small tablets; along with the XBox One games console which would be used as a set-top box for online entertainment. 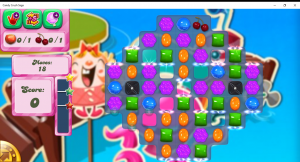 Candy Crush Saga – an example of what can be done here

Microsoft has worked on some software-development tools to simplify the process of porting apps from other mobile platforms to the Universal Windows Platform. One of these was the Project Astoria which simplified the process of porting Android apps but this was put aside while the Project Islandwood which facilitates the porting of iOS (iPhone and iPad) apps gained more traction.

This showed up initially with the ability for you to play Candy Crush Saga on your Windows 10 computer or Windows mobile phone. But now Uber, TuneIn Radio and other apps have shown up in the Windows Store. TuneIn Radio would have the same benefit across the board as a way to have Internet radio play on your regular computer like I have done a few times with Windows 8.

The article saw no use for the Uber ride-booking client on a regular computer. But I see Uber and other journey-booking apps that are pitched to smartphone users being relevant also to regular-computer users including those of us using desktop computers. This is because of the ability to book your ride using your Windows-based regular computer rather than finding your smartphone to do the job. User classes that would benefit are business users booking transport for people like lone workers or valued customers; hotel concierges and others in the accommodation industry; people who use 2-in-1 computers; or householders who use the main family computer to organise transport for members of their household or their houseguests.

As well, I would see the likes of Instagram and Pinterest benefit from this treatment because one could upload a photo taken with their good camera and post it there. They can also implement Instagram’s filters to “treat” the picture before having it available for all and sundry to see.

The Windows 10 Universal Windows platform can make the idea of apps being relevant across all computing devices without the need to write versions of the software to target particular device classes.