I am reviewing the Western Digital WDTV Live network media adaptor. This is and adaptor that connects to an external display like a TV, monitor or projector and/or an external amplifier in order to play media files held on a local storage device like a USB memory key or via a small network. 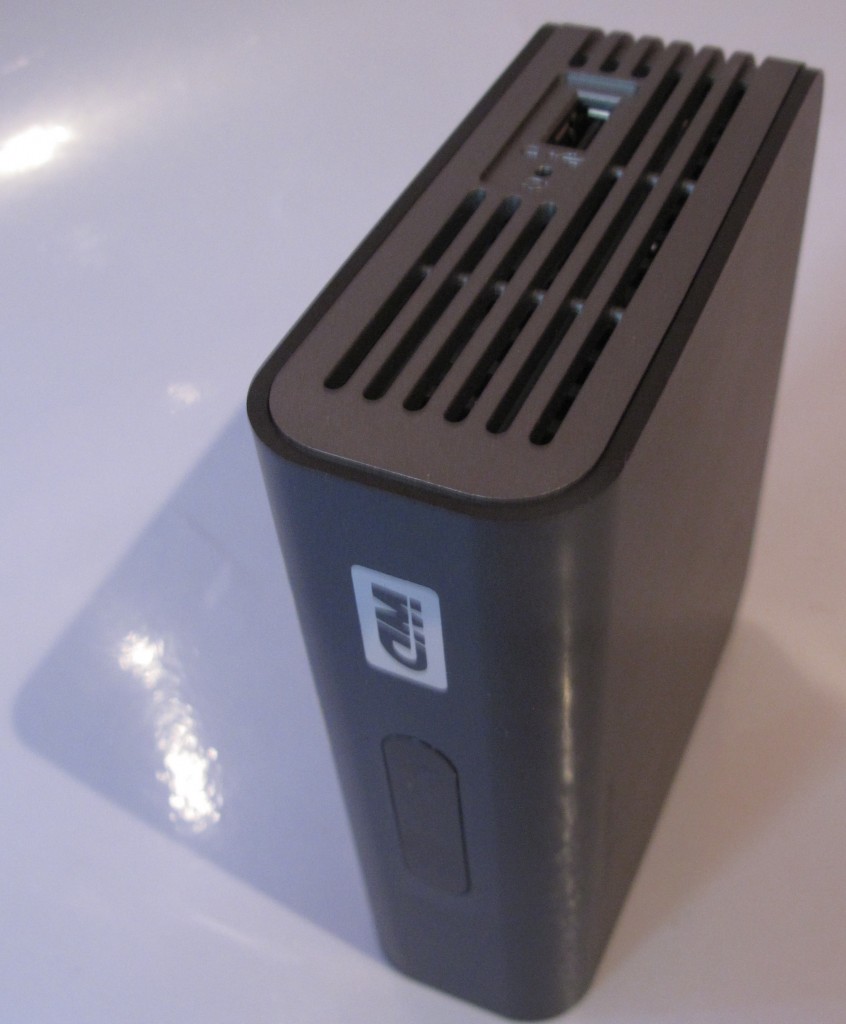 It is a small device about the size of two packets of cigarettes stacked on top of each other and is powered using a power adaptor. Users operate it with a very small remote control that has the main transport functions and a D-pad for navigating around the user interface.

How this connects to your TV

The device connects to the TV using an AV cable that plugs in to a four-conductor 3.5mm jack on the back of the unit. There is another 3.5mm four-conductor jack for connecting to the component-video connections on a suitably-equipped display device with a separate patch cable. Of course, this unit can be connected to HDMI-equipped display devices like most plasma and LCD TVs; and it has an optical SPDIF socket for connection to equipment with an optical digital input like most surround receivers.

Sadly, this device doesn’t support connection to display devices that use RGB inputs in any form. This may affect those of us who want the best out of monitors or projectors that use such connectors like most SCART-equipped European TVs, business-focused “data projectors”, classic “3-gun” projectors or professional-grade video displays. You may get around this by connecting the device to the display via one of the “HDFury” HDMI-RGB adaptors

It has the ability to play media that is held on USB-attached storage devices like memory keys or USB hard drives. This can be useful for playing media that you have held on one of these devices.

As for video codecs and file types, it can natively handle most audio and video file types including the DivX and Matroska MKV family of file and codec types.

The WDTV Live HD can be connected directly to an Ethernet network or HomePlug AV network with the appropriate “homeplug” bridge device, But it is one of these “wireless-ready” devices that connects to a Wi-Fi network using an optional Wi-Fi dongle available from Western Digital or through one of their retailers. 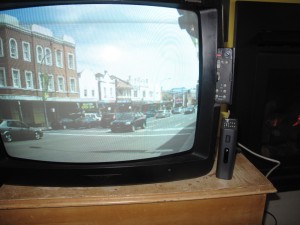 This can work with any display device including older TVs

The user interface is a “full-screen” one which works to the edge of the screen. This may be of concern with those of us who have hooked the WDTV Live up to an older CRT-based TV set that has the orthodox curved screen edges. As well, the logos for the Internet services are rendered in a dull manner and could benefit from “true-colour” display with a highlight around the currently-selected service.

Of course, there is a screen-saver function which can be overridden for displays that aren’t affected by long-time display of images or set to appear after a time between 5 minutes to 15 minutes. Here, it just shows the WD logo; but could show now-playing information during audio playback.

The Facebook service has the expected functions like viewing one’s own news feed, contributing to a Status Update or writing one’s Status Update as well as the ability to view one’s Photo Albums or a Friend’s Photo Albums. All text entry is based on “pick-n-choose” methods and the pictures do come up properly on the full screen.

I have tested the YouTube service with this device and have used it to play some videos including the service’s “poster child” video which is the “Keyboard Cat” video. The user interface is what would be expected for a 10’ interface and the users would be required to use the “pick-n-choose” method for any text entry like account login or video searching.

The “Tune In” Internet-radio function works properly for Internet radio access and allows the Internet radio stream to play in the background while you navigate the menus. During the day, It had performed well on quality-of-service when streaming Internet radio; but like all Internet services, this will depend on how congested the connection is.

The UPnP AV / DLNA functionality on the WDTV Live works properly when you use the remote control to call up the content on your UPnP AV / DLNA Media Server. In previous firmwares, this media player had problems when playing out media under the control of a UPnP AV Control Point like Windows 7 or TwonkyManager. Here, it would play only one item at a time and require the user to advance the media to the next item using the remote control or the Control Point.

Now, units that have firmware newer than version 1.65 can play multi-item playlists and slideshows without needing to be “pushed on”. There is still a problem with this function, especially with image slideshows and video playlists where the unit will show its menu every time a new image or video is loaded up before it plays that image. This could be improved with “read-ahead” buffering for subsequent media items.

I would like to see the user-interface improved in various ways, such as use of brighter colours or full-colour logos for the Internet services.  The screen-saver could also support “service-driven” behaviour like showing now-playing information for audio sources.

As well, this device could benefit from integration with local online-video services like the local “catch-up TV / video-on-demand” services offered by the local TV stations. Of course, I would like to see an improvement on the media changeover behaviour when the device is used as a UPnP AV / DLNA MediaRenderer under the control of an external control point.

This device’s form factor could be taken further with an integrated digital-TV tuner for implementation as a digital-TV set-top box that could have online and network media access as well as digital-TV access.

I would recommend the Western Digital WDTV Live or any of its successor models as a cost-effective device that can be useful for pressing a cheap or old TV, monitor or projector in to service as a network media playback device in the UPnP AV / DLNA Home Media Network.