I am now reviewing the Sony VAIO P-Series netbook. This is a computer that is of a similar size to a chequebook wallet of the kind that many busy women like to keep in their handbags. The review sample cam in a bright orange colour but is available in blue or white. All of the units have a black bezel around the display and as a strip above the keyboard as a common feature.

This review unit’s colour scheme reminded me of a similar colour scheme used by Electrolux on a vacuum cleaner sold on the Australian market in the early 1970s where the unit was this same orange colour with black trim. 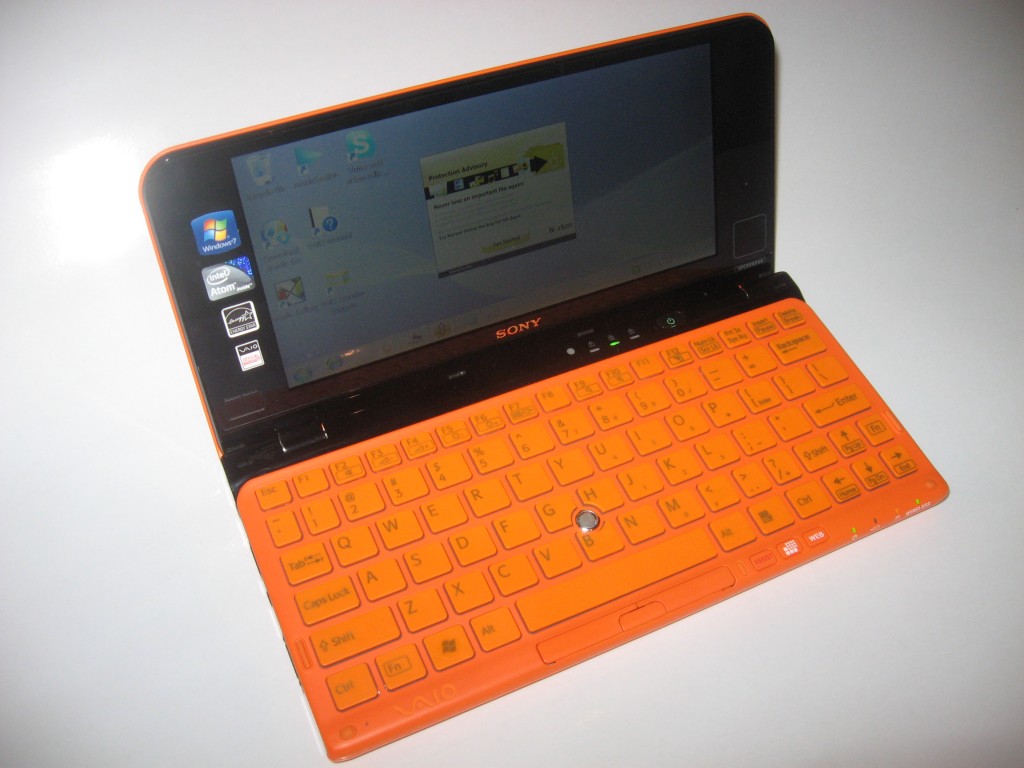 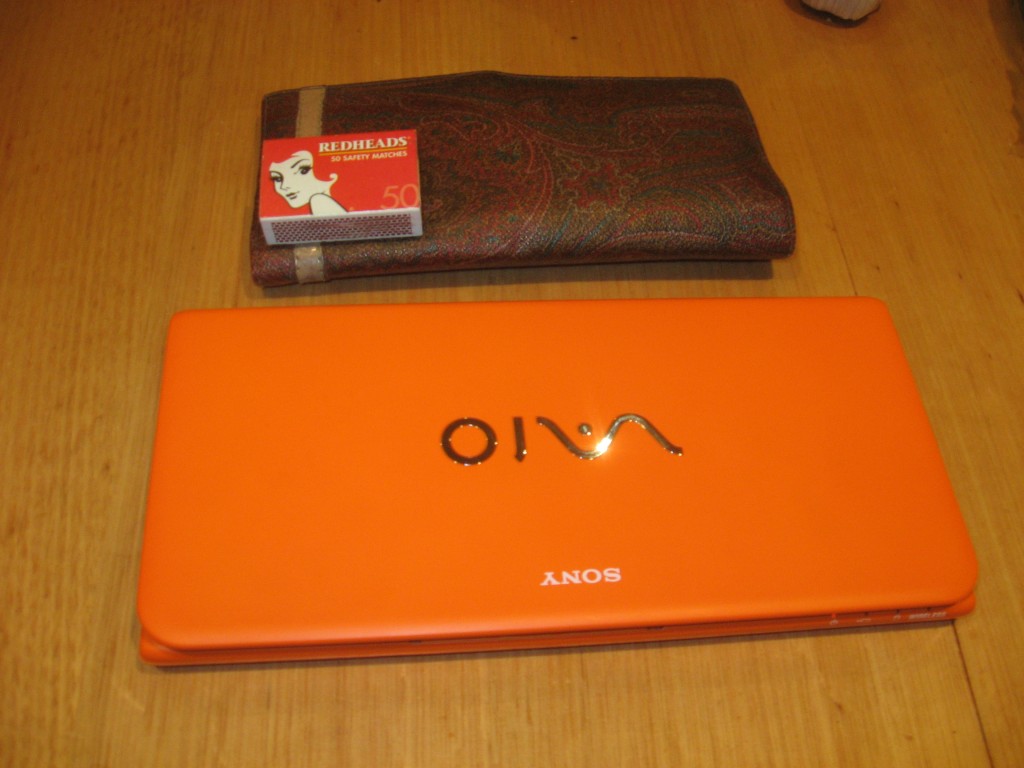 Because the computer is intended as a personal portable computer that is intended to be small and run for a long time on batteries, the specification set will be very minimal, alongside that of a low-end netbook.

Like other netbooks, the VAIO P-Series computer is based around the Intel Atom processor which is pitched at this class of computer. It works on 2Gb of RAM with some being used for display memory.

The display is powered by an Intel Graphics chipset and appears on an 8” widescreen LCD display. This can be a limitation for any long-term computing activity due to the way regular-sized fonts come up on this display. It will then require the user to adjust the “dots-per-inch” setting in the Display menu in Windows Control Panel. You may alos have to use Windows Magnifier and / or reduce the number of toolbars running in Web browsers and similar applications.

The keyboard uses a “chiclet” style and may look similar to some of the “pocket computers” of the early 1980s. The unit also uses a “thumb-stick” mouse similar to what has been commonly used on IBM / Lenovo laptops with the primary and secondary “click” buttons under the spacebar.

The VAIO uses a 64Gb solid-state drive which is based on flash-memory technology as its primary secondary-storage space but there is a memory card reader that works with SDHC and Memory Stick cards available for removeable storage.

There is wireless connectivity for 802.11g/n Wi-Fi networks as well as Bluetooth peripherals, which would appeal to this computer’s user base.

Peripheral connectivity is limited to two USB sockets (which you may have to use one of for a 3G wireless-broadband modem) as well as a headphone socket for audio playback applications. There is a dongle that connects to a special I/O connector which provides for connection to Ethernet networks or VGA displays. 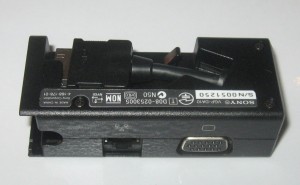 During the review period, the woman of the house had shown some interest in this computer because of the orange housing and had wanted to wish-list it to her husband. She also had use of the machine to type up a test document and browse her Web-based email account and found that it can be cramped but was enamoured about it as a “handbag companion PC”.

One main point of improvement that could be provided for is the default use of a desktop setup that allows for readability on this display. The computer could also benefit from being provided with an integrated 3G wireless-broadband modem with software mobile-phone functionality, which could make it attractive to mobile-phone carriers to sell at a subsidised price with a 3G service plan.

The small display and the large price tag may put this machine out of the reach of most people. But some people who want a handbag-sized computer with a proper keyboard for doing contact management, e-mail, Web browsing on a fully-functional browser and similar activities may appreciate this unit.