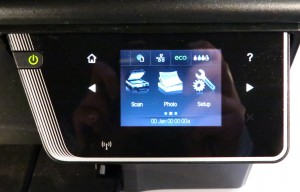 Previously, only “regular” desktop and laptop computers were highly programmable with a huge hive of companies and individuals writing programs for them. These typically ranged from applications like word processors, spreadsheets, databases, graphics editors and the like through to games and entertainment software. Typically the people who used these computers either loaded the software from tapes, disks or other media or simply downloaded them from bulletin-boards, online services or the Internet initially by telephone but through networks like cable TV. Then they ran these programs on the computers to gain the benefit from them.

Now, Apple popularised the idea of downloading programs to their mobile devices using the iTunes App Store. This is although there were online services and Internet Web sites hosting programs for other mobile devices but the practice was considered very difficult. It included loading the programs from the iTunes App Store using the phone’s control surface without the need to use a regular computer to facilitate this procedure. 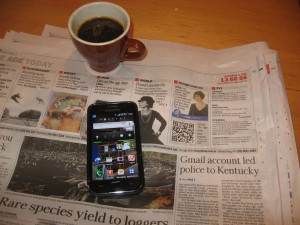 A smartphone based on the Android platform

Subsequently companies who manufactured mobile phones and tablet computers implemented this kind of software download and used the platform which these devices were built on as a software-development platform for third-party programmers. This led to the mobile devices i.e. the smartphones, media players and tablet computers gaining that same kind of flexibility as the regular computers.  We have ended up with remarks with “There’s an app for that” for daily tasks because of this situation.

As I mentioned before, the app stores have started to become like the bulletin boards and download services of yore where these services became full of substandard software.

Now we are seeing printers and television sets becoming developed to work on app-driven platforms. This allows these devices to perform more that what they were initially designed to do. For example, the smart-TV platforms are acquiring software front-ends for most of the catch-up TV services.

As we will head towards more devices having online and Internet functionality, we could see more of the app stores surfacing. For people who work on apps or Websites, this could become a situation where front-ends or apps would need to be ported for the different platforms. In some cases, it could end up with games and entertainment software pitched towards the dashboard of a car or towards that “Internet refrigerator” or “online microwave oven”. But on the other hand, this could lead towards increasing the role of these devices in our lifestyle. In this case, functions like device cameras could become part of health and wellness monitoring as what Fujitsu is working on.