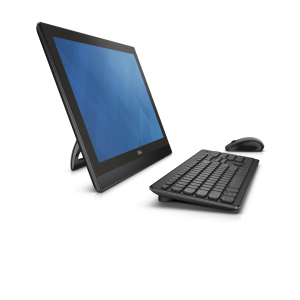 The “adaptive all-in-one” tablet is still persisting as a computer form factor. Previously, I had given this form-factor a fair bit of coverage on this site, including reviewing a Sony VAIO Tap 20 which is the prime example of this class of computer.

What are these computers? These are an 18”-23” tablet computer that run a regular-computer operating system like Windows 8.1 and are able to operate on batteries for around 2.5-6 hours or on AC power. They have a kickstand or desktop pedestal so they can become a desktop computer when used alongside a (typically wireless) keyboard and mouse. I had seen the “adaptive all-in-one” tablet computer as a “lifestyle computer” that can be taken around the house as required and one example of its use that was mentioned was as a gaming tablet.

Dell have even come to the fore with this class of computer by launching the Inspiron 20-3000 at this year’s Computex Taipei. But this unit has been positioned as an entry-level “family computer” or “lifestyle computer” with the use of the Pentium economy-grade quad-core horsepower. As well, it can run on its own battery for six hours. This is compared to most of the other computers in this class which implement the more powerful Intel i3 or i5 processors.

This is an attempt by the regular-computer scene to consider itself relevant in the face of the iPad and similar mobile-platform tablet computers being used along with cloud-hosted “software-as-a-service” options for common computing tasks. But this model could fit in well in the “family house” scenario or as a large-screen “family computer” or “lifestyle computer” intended to be shifted around at a moment’s whim — something you could use for browsing the Web, checking on Facebook, doing basic word processing or viewing multimedia content.

Up, Up And Away with Android Wear

Panasonic has outlined what Wi-Fi can mean for your camera

Desktop or laptop computing in the COVID-19 era