I am reviewing the Braven 710 Bluetooth wireless speaker which is one of many Bluetooth speakers pitched at smartphone and tablet users who have these devices full of audio content. This one has a few features that make it stand out from the pack such as the ability to work as part of a stereo pair with a wireless link between the speakers as well as the ability to charge your gadgets from its own battery pack. 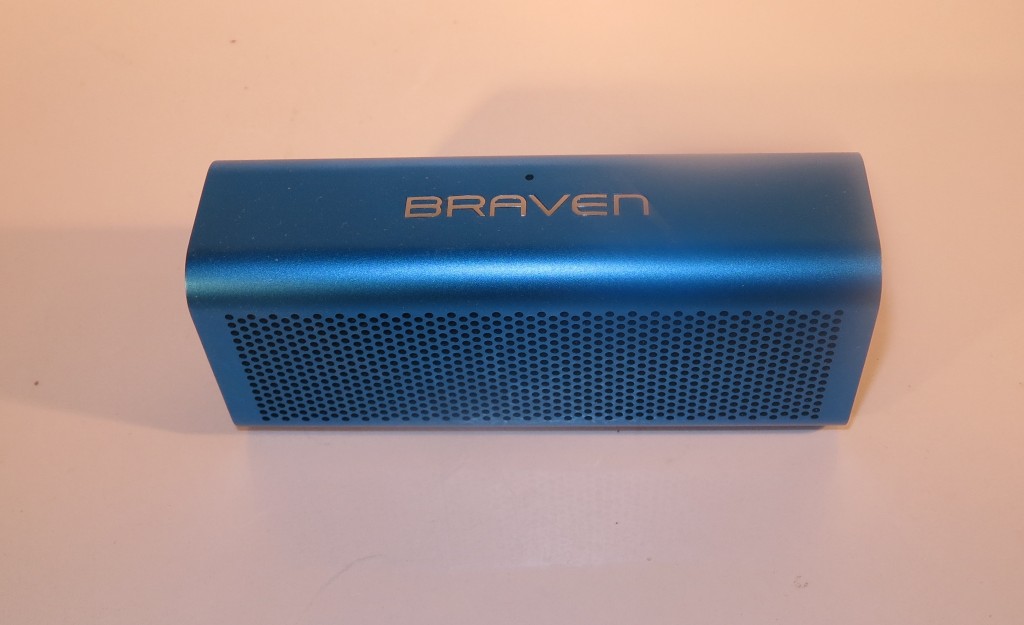 The Braven 710 is based around an aluminium tube with perforations on each side for the sound to escape. One of the rubberised sides is its control buttons while the other side has a peel-off end cap which exposes a standard USB output connection for charging gadgets, a micro USB input connection for when you charge the speaker’s battery or power it from external power, a 3.5mm stereo jack to connect a Walkman or Discman to it, another 3.5mm stereo jack so it works as a Bluetooth audio adaptor for other audio equipment. This is also where the battery-check button and bar-graph indicator exists so you check how much juice is remaining. 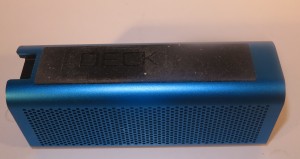 You can pair your music-filled smartphone or tablet to the Braven 710 either using NFC “touch-and-go” pairing or the traditional push-to-pair method. For the former method, you touch your NFC-capable device to the underside of the device to start the pairing and connection routine. If you have to pair a device that doesn’t support NFC, you have to hold-down the PLAY button until you listen for a distinctive tone before you discover it on your device. 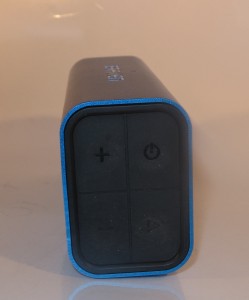 Rubberised control buttons on side of speaker

You have the ability to control your Bluetooth source device using the buttons on the “control side” of this speaker, with the ability to change tracks, start and stop playback or adjust the volume as you see fit.

It has enough sound output to fill a small room but has that similar sound quality to a small radio. Here, this would be enough if you are close to the speaker and there isn’t much noise around you beyond what is expected in the typical home or office. This is very similar to the Sony SBT-M8 that I previously reviewed and a lot of smaller “personal-sized” Bluetooth speakers. 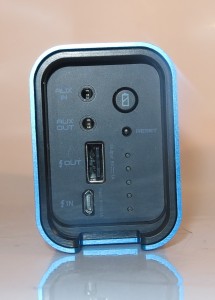 As a “power bank”, the Braven 710 can charge a large-display phone like the Samsung Galaxy Note II halfway, but could easily manage charging regular-sized smartphones and similar gadgets “all the way”. 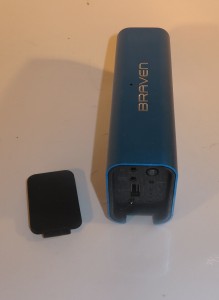 If you have the rubber end-cap on the socket side of the Braven speaker, the device would be compliant to the IPx5 standard for being waterproof and dustproof. This would make it appeal to use in wet areas like the bathroom or beside the swimming pool.

One feature that I would like to see is one or two LEDs on the top to indicate whether the Braven 710 is powered on or not, or if it is Bluetooth-discoverable as part of the pairing routine. As well, Braven could work on a variant that has a built-in broadcast-radio tuner so the speaker can serve as a portable radio.

Personally, I would recommend the Braven 710 as a suitable Bluetooth speaker for applications like a bathroom speaker, beside the swimming pool or spa, or when you are alone doing some  “DIY” work. It would also appeal to individuals who want a personal amplified speaker where they place high value on a durable design.

Facetime on the big screen with Apple TV