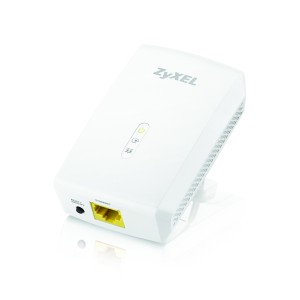 The “wired no-new-wires” network segment that is HomePlug AV2 has hit the Gigabit mark now that Zyxel have premiered some new adaptors that achieve that speed.

The more expensive HomePlug AV2 unit, known as the PLA5405, implements MIMO technology which uses the three wires of an AC connection (Active / Line / Phase, Neutral and Earth / Ground) to transfer the data at the high speed with high resiliency. This is while the PLA-5206 which is the cheaper model implements a “single-input single-output” setup with the main pair of wires.

They are pitching this at a new reality where households are viewing online or downloaded video via their home networks with this video being delivered at Full HD (1080p) or better resolution. It also caters for realities where you can’t necessarily afford to pull Ethernet cable through the house but want the advantages of a stable wired backbone, such as to extend Wi-Fi coverage especially with 802.11n and 802.11ac segments operating on the shorter-wavelength 5.4GHz band..

These do offer that repeating functionality to allow for the existence of a robust HomePlug powerline segment and, perhaps, to make it fit for larger houses or multiple-building setups.

What I see of the Zyxel HomePlug AV2 devices is that they show that HomePlug AV2 is a mature technology for that home network, whether as the only wired backbone or to complement Ethernet.