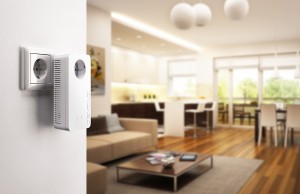 Devolo, a German network-hardware manufacturer, has done the most incredible act with their support for HomePlug technologies.

Here, they have released in to the European market a simultaneous dual-band 802.11ac Wi-Fi access point which can work with HomePlug AV2 MIMO powerline network segments. Here, these use the three AC wires to achieve a media-level power-line network speed of 1.2Gbps for the powerline backbone. This is in addition to using the three wires to create a highly robust HomePlug AV2 segment that could work in difficult environments like commercial premises where there are motors that can create a lot of electrical interference. 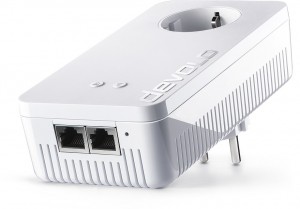 For the wireless segment, you have a single stream for the 5GHz band which goes to 866Mbps and two streams on the common 2.4GHz band which goes to 300Mbps. There are two Gigabit Ethernet sockets which come in handy with a lot of sessile devices like Smart TVs, desktop computers as in those “gaming rigs” and printers.

These access points come with an integrated “pass-through” power outlet which means that you don’t have to forfeit a power outlet so you can use HomePlug AV2.

Lets not forget that the Devolo dLAN 1200+ WiFi ac supports WPS clone which is a simplified method to set up a multiple-access-point home network. Here, you press the “setup” button on the access point then the WPS button on the router or access point you are extending for it to learn the ESSID and security parameters of that access point so you quickly have it work as that extension access point.

Devolo have answered a need to allow users to quickly extend Wi-Fi coverage out to outbuildings, charming old caravans serving as extra living space and the like or answer Wi-Fi coverage difficulties yet be able to work with the latest HomePlug and Wi-Fi technologies. Try this device with handling Wi-Fi issues with that mas en Provence or other stone-built European building.