Home
Network Connectivity Devices
What is an ideal home network?

A wireless router that is part of a full broadband service

A home network needs to support both a wired and wireless local-area-network path for many different reaons. If you just use a wireless-only home network, you are exposing everything to the vagaries of the radio technology that the wireless network is all about such as interference to or obstruction of these radio signals. As well, a lot of sessile devices like desktop computers have the antenna and radio circuitry for the wireless network functionality located towards the back of the equipment and this can cause interference for equipment that uses a metal chassis.

It would be ideal to implement an Ethernet + wireless setup with a Wi-Fi network of at least 802.11n dual-band multi-stream specification providing the wireless coverage and Gigabit Ethernet wiring pulled through the house to all of the rooms. But a lot of factors can get in the way of this ideal such as the cost to pull Cat5 Ethernet wiring through an existing house or factor in Cat5 Ethernet wiring to each room in a new building.

On the other hand, I would head for a wireless + HomePlug powerline setup or one covering wireless, Cat5 Ethernet and HomePlug. Here, I would use at least 802.11n dual-band multi-stream technology for the Wi-Fi wireless segment and at least HomePlug AV500 for the HomePlug powerline segment. Using all three paths, where I include Gigabit Ethernet to some rooms like one or two of the main living areas, the office / den area and one or two bedrooms along with the other two technologies. This could create a home network that covers the house on what would be effectively a “beer budget”. 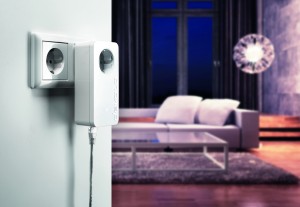 In some environments like a multiple-building setup or a network in a commercial building or apartment block, I would consider implementing HomePlug AV2 MIMO technology to assure reliable operation.

Why a wired and wireless network setup?

Another advantage is to set up an extra wireless access point to increase your wireless network’s coverage. This can do that job better than the typical wireless network range extender because this setup can supply full wireless-network bandwidth in the remote area due to the use of a wired backbone rather than a weak wireless network with all the vagaries of radio.

Why include HomePlug AV even if Ethernet wiring exists?

HomePlug AV can serve as an “infill” solution for a wired no-new-wires setup especially if you find that you have to locate a normally-fixed device in an area that is further from an Ethernet infrastructure socket. This can be of importance if you have to shift it temporarily to suit a new need or you have network-capable devices in an area where you didn’t factor the need for Ethernet connectivity in the first place.

This could also allow you to work an Ethernet wiring setup on a “beer budget” with a few rooms covered and use HomePlug AV or similar technology to provide wired connectivity to other rooms. Similarly, you may have a part of your house that is separated from the rest by a thick wall made of brick, masonry or cinder-block where the Wi-Fi network won’t perform past that wall and it is prohibitive to pull Ethernet or other wiring past that wall. Here, the HomePlug AV technology “takes it past” the obstacle.