Just lately, Netflix issued an update to their Android client software. This has functionality that was provided as part of the iOS variant like the ability to have your smartphone work as a remote control for the TV or set-top-box client software, along with the ability to share a recommendation on Facebook. But this implements a feature that may be seen as giving that platform the “edge”. 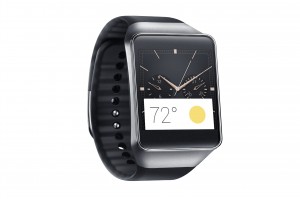 Here, they have baked Android Wear functionality in to this software to make your Android Wear smartwatch work as a control surface for the program. You may think that the smartwatch may be irrelevant when you are wanting to watch “House Of Cards” or “Lilyhammer” but it isn’t as far as they are concerned.

When you watch “Lilyhammer” for example, you can use the smartwatch as a remote control to stop the movie when you need to visit the kitchen or bathroom and start from where you left off when you are comfortable. This avoids the need to “dig out” your smartphone at these occasions. There is the ability also to share what you are watching on Facebook at that moment if you wish to do so, along with the fact that your smartwatch would show the artwork associated with what you are watching.like Frank Tagliano’s face.

This concept could allow platform-based smartwatches to serve as part of the “second screen”. For example, it could mean that during a TV reality show, you could cast votes for the talent on that show or find out a bit more about the talent. It would also be about having the smartwatch serve as part of a sports scoreboard app by showing the current scores for the match you are following.

A bit more effort and the smartwatch could play a role in the concept of multi-screen TV viewing.