B&O will start to appear in HP computers very soon

Over the last many years, most of the Windows-based laptop manufacturers have been working with companies in the sound-recording and sound-reproduction space to improve the way these computers have sounded. This is whether through the integrated speakers or when they are connected to external speakers or headphones and was seen as a way to compete with Apple for music recording and reproduction.

As I have seen with the Hewlett-Packard laptops that I have reviewed, HP had partnered with Beats by Dr Dre, known for headphones and speakers with a very impressive bass response, to improve the sound from their laptops. But lately Apple bought out Beats and HP realised they couldn’t continue this partnership. 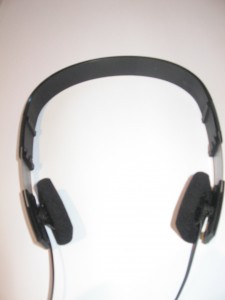 Bang & Olufsen has been well known for some very impressive hi-fi and video equipment, speakers, and audio accessories that are works of art in themselves for a long time.  For example, I had cited their single-piece music systems such as the Beocenter 7000 series, the Beocenter 9000 series and Beosound 9000 CD changer as being above their peers for sound quality even in their days.

They also have designed the ICEPower power-amplification modules to allow sound to be amplified by a compact device that is efficient with power and heat. Of course, B&O has related to a wide range of music from the classics through jazz and classic rock to current popular music and made their brand have that same kind of appeal as the Jaguar or Range Rover cars. This is where a premium brand like these isn’t just about being a status symbol, but is about enjoying the legendary expertise that the brand is all about.

But they have dabbled with sound tuning for ASUS, initially on a project basis but had applied the technology to a larger range of laptops under this brand.

So B&O have decided to pick up the mantle and offer the sound-tuning expertise to HP. This will also be about sharing the design expertise that is associated with how the Beomaster 1900 or Beosound Ouverture were designed. This includes preventing audio-noise sources like the power supply or other control circuitry from adding noise to the signal path.

Let’s not forget the way they have designed their speakers, headphones and similar equipment where they use a special cubic room for measuring the acoustic characteristics for the device they are designing. Here, this could lead towards being able to answer the question about how a laptop or tablet’s integrated sound system can be improved upon, making for a product that is more listenable.

I would see this partnership celebrate the expertise that both HP and B&O are about when it comes to their proficiencies rather than the bragging rights that is associated with a particular brand. Could that newer HP Envy or Omen complement that Beocenter?