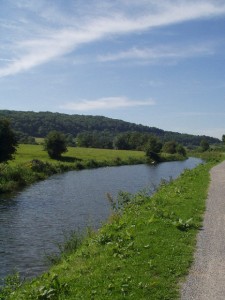 I have previously covered some community efforts that have taken place in the UK to see real broadband Internet be available in various rural villages such as some of the Gigaclear efforts.

But the 115-strong community in Claverton, a Somerset village just a stone’s throw from Bath, have been the first community of its kind to co-fund British Telecom to establish a “fibre-to-the-cabinet” broadband network to cover that village. Here, BT responded with laying 2 kilometres of underground ducting and 4 kilometres worth of overhead and underground fibre-optic cable. This was terminated with 2 new street cabinets with one delivering regular ADSL and telephony services and the other serving as the fibre off-ramp for the next-gen FTTC broadband of up to 80Mbps.

Previously, the broadband service that covered the Claverton community was a joke with bandwidth of less than 1Mbps. This village was one of those communities that would be considered too small for the UK Government’’s “Broadband Delivery UK” programme and of course too small for commercially-viable rollout.

This was about a community that can work together to get something real done about their broadband service, making the village more viable economically. As well, it was about forcing an incumbent carrier like BT to adapt to the needs of a small community. Similarly, the infrastructure that is laid as a result of servicing Claverton can be used as a thoroughfare to service communities that are further out from there.