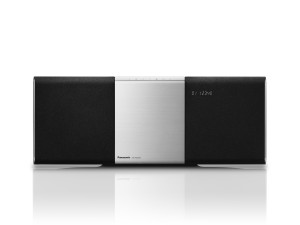 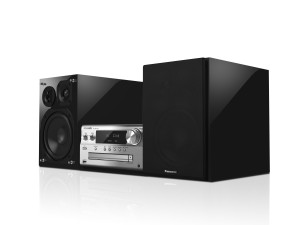 Panasonic has pushed on the Qualcomm AllPlay specification as a way of having your favourite music or TV audio streamed around the home network to AllPlay-compliant Wi-FI wireless speakers. This takes advantage of new functions added to this specification such as streaming Bluetooth, line-in or other local audio sources to these setups or setting up a group of speakers for stereo or surround-sound reproduction with improved separation. 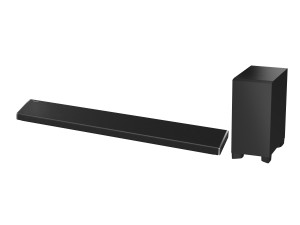 They have released the SC-ALL70T soundbar and SC-ALL30T TV speaker base which enhance your flat-screen TV’s sound but they can do more than what a soundbar or speaker base can do. If you use the newer SC-ALL2 wireless speakers, you can upgrade these speakers to become a full 5.1 surround-sound system with the front left, front right and centre audio channels coming out of the soundbar or speaker base. As well, if you connect your flatscreen TV’s headphone or analogue line-out jack to the soundbar’s or speaker base’s AUX input, you can set it up to stream the TV content’s sound to all of the AllPlay-compliant wireless speakers on your home network. 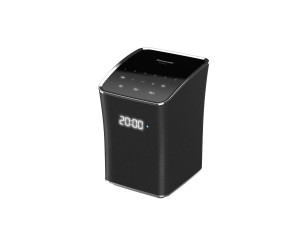 Those of you who love local broadcast radio or buy your music on CDs can have these sources streamed around your home network to AllPlay-compliant wireless speakers courtesy of two new stereos that Panasonic has released. Here with these systems, you don’t have to be in a hurry to “rip” that new CD you bought from Amazon or JB Hi-FI to have it come through your wireless speakers around the house.

These are the SC-ALL5CD single-piece music system and the SC-PMX100 premium three-piece micro system, which have a CD player, FM and DAB+ broadcast-radio tuners along with Bluetooth connectivity and an aux input all able to be streamed across your home network. Most likely, you would use the Panasonic iOS or Android remote-control app on your smartphone or tablet to change tracks or stations that you hear when you listen from other speakers.

Let’s not forget that the Panasonic SC-ALL2 speaker, which has an integrated alarm-clock display, can be paired with another of these speakers for improved stereo separation. Here, it is pitched for bathroom, bedroom or similar “auxiliary” speaker use, but shows that Panasonic could take this concept further.

For example, they could pitch a three-piece micro music system similar to the SC-PMX100 but equipped with a Blu-Ray player. Then an AllPlay-compatible wireless subwoofer and the SC-ALL2 speakers could make for a surround-sound system for a master bedroom or small lounge area with the SC-ALL2 speakers able to provide “close stereo” sound suitable for listening to music in bed.  Similarly, these could go with a Smart TV like one of the Panasonic VIERA models, offering to provide increased stereo separation or a full surround-sound setup again suitable for the small lounge area.

These stereos and speakers will still play music from the online music services of the Spotify ilk, the “new short-wave” that is Internet radio as well as music that is piled up on a NAS and made available via its DLNA media server.

What is showing is that Panasonic, a mainstream consumer-electronics brand, is still demonstrating faith in the Qualcomm AllPlay network-based wireless sound distribution platform rather than going for systems that are totally focused on equipment sold by that same vendor.

What is Bluetooth Mesh networking all about