Home
Computer Accessories
Audio Accessories
Why call for the 3.5mm headphone jack to be replaced on mobile devices 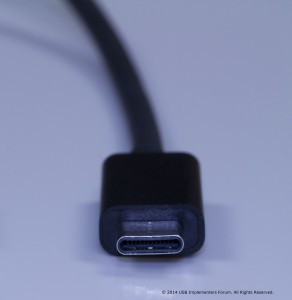 Could this be the new audio connection for your smartphone?

Intel has raised the possibility that the common 3.5mm headphone jack not exist on a smartphone or similar audio device. Here, they would rather that the USB Type-C connection serve as the phone’s audio connections.

There was a similar outcry when Apple proposed this idea for a newer iPhone design by requiring the use of their proprietary Lightning connection as the audio connection.

The problem is that the 3.5mm phone jack has been established as the common way to connect mobile devices to headphones and audio equipment.

The Intel approach requires the use of the USB Type-C connector which implements standards accepted by all of the industry. It is different to Apple’s approach because the Android and Windows platforms place a high expectation on the concept of “open-frame” computing where there is a preference for hardware and software standards and specifications accepted by many different vendors rather than the one vendor. 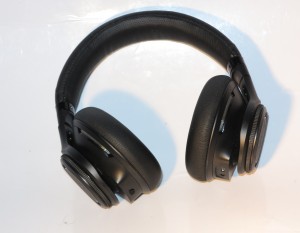 Firstly, there is the USB Audio Device Class which has allowed for USB sound modules and USB DACs to exist without the need to add extra drivers. This can allow for a high-grade digital-analogue converter to be integrated in a high-quality USB headset or supplied as a phone-powered USB sound-module accessory that you plug your high-quality headphones in to.

For headphones, this could lead to ideas like surround-sound processing such as to use hardware to convert Dolby Digital or DTS surround sound to Dolby Headphone surround sound. It could permit the headphones to implement sound processing such as equalisation or echo cancellation so they sound their best in all situations. Even when you speak in to the phone, the newer technology will provide some benefit such as using a microphone array to catch your voice better.

To the same extent, a USB sound module that works with high-grade microphones could open up paths for your smartphone to make good recordings for your podcast or video. 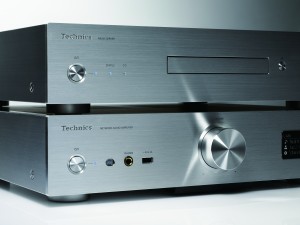 Another path is to use the Multimedia Transport Protocol that operates over the USB connection to play music through your car stereo or home stereo system, using the music system’s control surface to navigate your audio content while the currently-playing music details show up on the music system’s display.

Intel’s idea also investigated the possibility of an analogue-audio connection via the USB Type-C connection to cater to the budget end of the accessories market. This is to allow for headsets and audio adaptors that have no digital-audio functionality to exist.

Another common device class is the USB Human Interface Device Class which is used primarily with mice and keyboards but there is a subset of “called-out” control types that highlight consumer-electronics and business device control applications like transport control or call control. This could open the path for USB headsets and adaptors to have full control for calls and music like the full AV transport-control quota or two-button call control.

The power-supply option that USB Type-C offers allows for the phone to power active-noise-cancelling headphones or headphone amplifiers. Similarly, an audio accessory like a stereo system or an audio adaptor that has a high-capacity battery could provide power to the phone.

Bluetooth will still exist as a wireless audio-accessory connection alternative as long as the phone and accessory still work to the established Bluetooth Profiles for their applications.

The idea that we will lose the ability to use our favourite audio systems and headphones that depend on the classic 3.5mm phone jack when we get a newer handset can be nullified when we use a USB sound module for a wired connection to our smartphones. As I mentioned before, those of us who appreciate the high-quality sound could end up benefiting from this kind of accessory especially where it is optimised for that kind of sound. An example of a USB sound-module device that I had dealt with was one that came with the Kingston Hyper-X Cloud II gaming headset that I previously reviewed, which presented itself to Windows as a USB Audio input and output device. If we want the wireless link, we could look for that Bluetooth audio adaptor typically sold with a pair of intra-aural earphones and connect our favourite headphones to this device like I do with the Sony SBH-52.

If this proposition is to work properly, the sound-processing circuitry need also to be power-efficient so you don’t end up draining your smartphone’s battery or depending on external power supplies to use your smartphone. Similarly, other accessory vendors may need to add USB Type-C hub functionality to their accessories like USB battery packs so that these headphones can work while the smartphone is being powered from the battery pack. Or the smartphone vendors may have to concede to having 2 USB Type-C ports on their phones to support USB headphones and USB external power supplies for example.

But whatever happens, this could open another path for innovation to take place when it comes to the supply of accessories for portable audio and video equipment.

Should I buy a soundbar rather than a surround sound system to improve my TV’s sound?