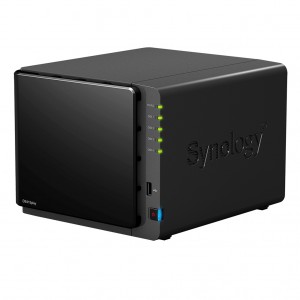 An issue that can easily beset DLNA / UPnP-AV content-delivery setups is the fact that digital-image, audio and video content can be delivered in newer file formats and that it could be packaged for high-quality setups. A case to point could be 4K UHDTV video content which would work with the newer 4K UHDTV sets; or you could have audio content packaged in the FLAC lossless-compression file formats rather than MP3 or WMA file formats.

But the problem that exists is that you will likely to have older or cheaper equipment that can’t handle the higher-quality content types. Some devices that can handle the higher-quality content type may not be able to handle it in the file format it is delivered in unless the device’s firmware was updated to take the newer filetypes. Typically, this may ruin the experience because the device will typically throw up a confusing error message or show nothing.

A few UPnP-AV / DLNA Media servers do support some form of filetype or content transcoding with some Synology NAS units implementing this functionality at the hardware level. But there isn’t the ability to be sure that the NAS, broadcast-LAN tuner or similar device provides this kind of transcoding. The new DLNA 4.0 specification mandates that compliant server devices have to transcode the content that they serve if the client device can’t handle it directly.

The questions worth raising about this required function is whether this applies to filetype transcoding only or if it also includes functionality like downscaling a 4K video to Full HD for existing HDTVs for example. It shouldn’t also be about whether the transcoding takes place in the background for stored or downloaded media or only in a real-time fashion whenever legacy equipment wants the resource, something that would work with broadcast-LAN applications.

As far as NAS and DLNA media-server software design goes, one differentiating point that will exist would be the ability for the hardware and software to implement hardware-based transcoding. This is where a separate processor and RAM, like a GPU setup, is provided to transcode video content rather than the device’s main processor and RAM being used for the task. It is similar to what would happen if you use a computer equipped with a discrete video card or chipset to transcode some video content and this permits the main processor in the NAS to continue serving the files without having to transcode them at the same time. At the moment, the Synology DS416play, the successor to the DS415play which was the first NAS to offer this feature, is the only one that implements hardware transcoding.

Personally, I would like to see these devices offer transcoding for QuickTime and Motion JPEG video as used by some digital still cameras, and FLAC and ALAC lossless audio which is now valued as a high-quality audio format for “ripping” CDs or buying download-to-own music. This is because these formats are not universally handled in the DLNA network media sphere.

Other functions that are part of this version include catering to IPv6 networks which is fast becoming the way to go, inherent support for 4K and HDR video content, the requirement for a DLNA MediaServer to expose HD variants of more video filetypes and the VIDIPATH functionality being baked in to the standard which would be important especially for Pay-TV applications.

Different kinds of cloud IT systems–what to be aware of