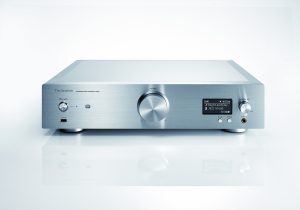 I have reserved my tickets for the Australian Audio And AV Show 2016 to he held at the Intercontinental Melbourne The Rialto on 21-23 October this year. As I have noted in my coverage of previous shows that I have attended. there has been equal space given to the classic vinyl record, CDs and file-based digital audio at these shows. This includes some manufacturers playing music from the different media through the same hi-fi setups. 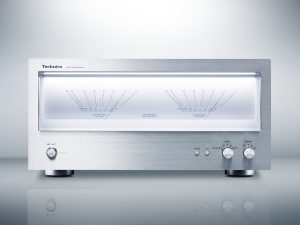 Between the 1970s and the 1990s, a typical hi-fi stereo power amplifier was built on a large chassis and had a pair of large “power meters” which indicated how much power these beasts were putting up. In some cases, these power amplifiers were considered one of hi-fi’s status symbols and Technics carried this forward in their design of the companion SE-R1 power amplifier illustrated on this site.

Similarly, there has been some interest in some of the sound-reproduction community concerning the design, manufacture and use of active speakers beyond the “computer-audio, designer-lifestyle-audio and PA-system” use cases thanks to right-sized frequency-specific amplification like biamplification and similar design techniques implemented in these speakers. This was something I had noticed at the Australian Audio and AV Show in 2013 when one of the manufacturers presented a set of active speakers as traditional hi-fi speakers. As well, some users may even use an active subwoofer along with speakers served by a power amplifier or a set of active speakers in order to put some extra bass in to the sound. 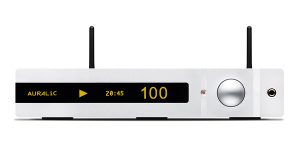 I have called out two network media players – the Technics SU-R1 network media player / control amplifier which is intended to work with the SE-R1 power amplifier but can work with other power amplifiers / active speakers; and the Auralic Altair Wireless Streaming Bridge. Both of these units tick the boxes, not just for network connectivity and online source playback but for the kind of connectivity that can exist between them and a power amplifier or active speakers. These are designed to connect to any of these devices due to use of standard connectors and are proving that this class of device isn’t just for “lifestyle-class” equipment anymore. 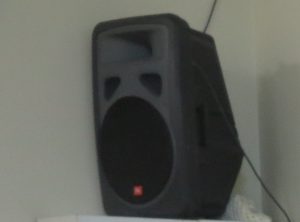 Firstly, they work using UPnP AV / DLNA technology for discovering content on media servers or NAS units. Similarly they also provide access to some online audio services like Internet radio, Spotify and others depending on the unit and the firmware in place at the time. Apple iOS users can use the AirPlay function to stream sound in to the sound system connected to these network media players. They also work as USB digital-analogue converters with them serving effectively as sound modules for your regular computer or Android mobile device. 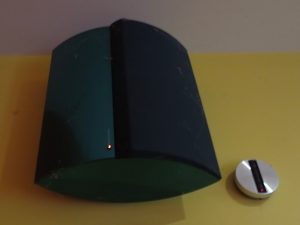 .. as can this B&O Beolab active speaker equipped with RCA connections

As for connectivity to a power amplifier, they implement the traditional RCA outputs which work with most, if not all, power amplifiers on the market that are pitched for domestic use. These connectors also allow for someone to use active speakers like the Bang & Olufsen Beolab range or the Bose Powered Acoustimass range of active speakers, both of which are known for high-quality sound. 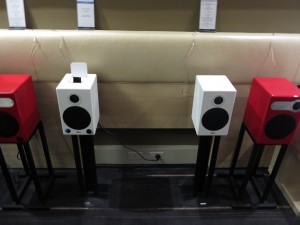 But they also implement the balanced line-level connectivity with the three-pin XLR plugs associated with professional audio and PA systems. This connection type is also being valued in the high-end hi-fi space for connecting control amplifiers and power amplifiers due to reduced interference but you could even get away with connecting these network media players to active PA speakers of the JBL EON kind.

What is showing up is that these network-media-player devices are being highlighted as a hi-fi option for those of us who want to build a sound system for file-based or Internet-hosted audio content and base that around high-quality active speakers or separate power amplifiers.