Should you buy the Surface Book with Performance Base for gaming? | Windows Central 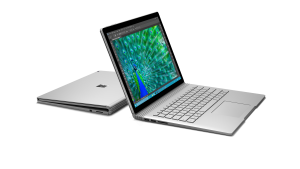 There have been the rise of gaming-grade laptops that have enough CPU and graphics-processing acumen to handle the latest games on the market with the full performance expectations. Here, most of the manufacturers are releasing at least one model with these abilities but most of these are styled like a muscle car or street rod.

As with other Surface Book variants, the tablet detaches from the keyboard base so it can simply be a Windows 10 tablet but, when attached, it becomes a convertible laptop. Microsoft could provide the Performance Base not just as part of a system variant for how you wish to order the Surface Book, but as an upgrade option for existing Surface Books for those of us who want to upgrade them as a full-bore gaming or multimedia PC.

It is very similar to what can be done with Thunderbolt 3 over USB-C where manufacturers can offer a graphics module that connects to portable, all-in-one or low-profile computers to enhance their graphics performance. But this idea could be taken further with the use of coprocessors that are part of “performance modules” that could improve existing computers’ performance for gaming and multimedia tasks.

Personally I would find that the trend for portable and “all-in-one” computing is to offer gaming-rig performance as a model variant in one or more product lines rather than as its own product line. This is even though the manufacturer will offer a dedicated premium product line or brand that is focused towards gaming. Such products would appeal to those of us who value the performance angle for multimedia creation or gaming but don’t think of it like owning a “street-machine” car.