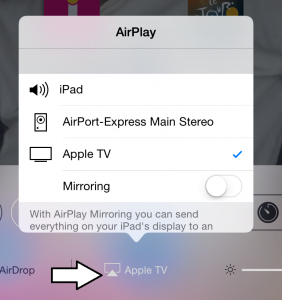 Now you can stream Facebook video on your TV | Mashable

You are flicking through what your friends have posted up on Facebook and have come across that interesting video one of them put up from their trip or family event. But you would like to give it the “big screen” treatment by showing it on the large TV in the lounge so everyone can watch.

Now you will be able to with the Facebook native apps for the iOS and Android mobile platforms. Here, you can “throw” the video to a TV that is connected to an Apple TV or Chromecast / Google Cast device on the same home network as your mobile device. This will apply to videos offered by your Friends and Pages that you follow including any of the Facebook Live content that is made available. 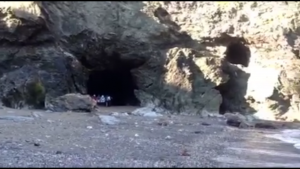 Here, when you see the Facebook video on the latest iteration of your Facebook native client, you will see a TV icon beside the transport controls for the video. When you tap that icon, you will see a list of the Apple TV or Chromecast devices on your network that you can “throw” the video to. Once you select the device you want to stream the video to, then it will appear on the TV.

Facebook also values the idea of you being able to continue browsing the social network while the video plays, something that can be useful for following comments left regarding that videoclip.

One of these devices could take Facebook on your iPhone further

The article also reckoned that Facebook exploiting Google Cast and Apple AirPlay rather than creating native apps for the Android TV and Apple TV platforms is a cheaper option. But I also see it as an advantage because you don’t need to support multiple sign-ons which both platforms would require thanks to the large-screen TV being used by many people.

A good question to raise is whether you could do this same activity with photos that have been uploaded to Facebook. This is because, from my experience with Facebook, people who are travelling tend to press their presence on this social network and Instagram, its stablemate, in to service as an always-updated travelogue during the journey by uploading some impressive images from their travels. Here, you may want to show these images from these collections on that big screen in a manner that does them justice.

At least Facebook are making efforts to exploit the big screen in the lounge by using Apple TV and Google Cast technology as a way to throw videos and Facebook Live activity to it.