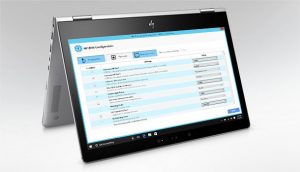 Cortana may not just be in your Windows 10 computer anymore, it could be in a speaker similar to Amazon Echo

Amazon and Google have established voice-driven home-assistant platforms of their own in the form of Alexa and Google Home. These have initially been presented in the form of network-connected wireless speakers but both those companies are already offering them or intend to offer them also as “pods” that connect to existing music systems and/or as reference designs for consumer-electronics vendors to integrate in to their products.

Now Microsoft has made further steps to join in the party by preparing the “Creators Update” iteration of the Windows 10 desktop operating system to support the installation of a “Cortana speaker” similar to the speakers that are part of Amazon’s and Google’s platforms. Here, they written some code and provided a user-interface space so you can set up and configure one of those speakers. But this existed as a “programming stub” which led to a separate app and to the Microsoft Windows homepage due to an intent to get one of these speakers ready to market.

But Microsoft exhibited a proof-of-concept speaker for this idea last year in the context of a speaker designed by Harman-Kardon in order to prove that Cortana could compete with Google Home and Amazon Alexa in this space.

How would I see Microsoft execute this idea? Personally, I would see the Windows Store used as a marketplace to add on extra skills to Cortana in the smart-home context. This will also include the exposure of an application-programming-interface for Cortana so software developers can add “smart-home” functionality to her. As for hardware, Microsoft would work best to license out the “Cortana speaker” design and software to independent hardware vendors as well as offering their own speaker design.