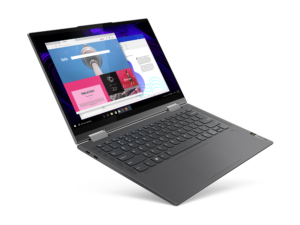 With some computer manufacturers offering regular computers that use ARM microarchitecture, there had to be a time for ARM Holdings to introduce a performance variety of their RISC-based computer chipset design.

This is not really about clawing back the position that RISC-based microarchitecture held during the late 80s and early 90s as having increased multimedia prowess, even though this was facilitated with Motorola silicon. Rather this chip design is about blending performance and power efficiency making it appeal to a performance class of highly-portable computing device. Think of devices like the Always Connected PC notebook or Chromebook computer, a mobile-platform tablet with gaming or advanced multimedia prowess or a handheld gaming console.

Here the idea may be to keep the same battery type and thermal design for the device in question but allow more performance out of that device. This will be very similar what happened with portable audio equipment through the 1970s where manufacturers improved on the device’s design while keeping the power-supply requirement the same across the years for the device class. This led to amplifier and speaker designs that could allow for increased sound quality that led to increased product differentiation and improvement.

But where do I see this taking place for something like an Always Connected PC laptop that runs Windows 10 on ARM, or an ARM-based Chromebook or even a mobile-platform tablet? I would see this come about in the form of product differentiation in the context of CPU-level performance where manufacturers can offer device models that factor in performance. This avoids computers in the Always Connected PC or Chromebook class being relegated to “baseline duty machines” and allow them to be on a par with traditional Windows 64-bit x86-based computers when it comes to gaming or multimedia.

The same also holds true for mobile-platform tablets of the same ilk as the iPad or Samsung Galaxy Tab S. Here, it could be feasible for manufacturers to open up interest in gaming or multimedia-focused Android tablets that are about performance. That is especially where a tablet’s larger display surface can make it appeal as a gaming companion device to a smartphone.

Let’s not forget companies like Nintendo who have a strong legacy with the handheld games consoles from its Game & Watch devices of the early 80s through the Game Boy devices of the 1990s to the current Nintendo Switch. Here, they could work towards more powerful iterations of their current platforms, whether you consider them as a “timewaster” or a “guilty pleasure”. These platforms could even show some more highly-capable games as well while even using higher-resolution displays.

What will need to happen is for the likes of Qualcomm and Samsung to build this design into the actual CPU processors in order to have it appear in newer computer devices. As well, Microsoft would have to encourage the creation of games and similar software for ARM-based Windows setups especially those that use more powerful silicon.

This could then place ARM-based and x86-based mobile computing on a par with each other when it comes to performance but allow ARM to gain the edge in power efficiency for portable use cases.

OLED to become another display option for large TVs