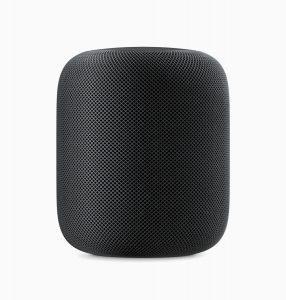 The voice-driven home assistant has approached a point of competition where there are four different actors involved.

This class of computing device is based around a speakerphone-type device that can respond to your voice by answering questions you put to it cause certain actions to occur at your command. It was initially brought on by Amazon with their Echo speaker and Alexa voice assistant, but was subsequently answered by Google with their Home speaker based on their Google Now platform.

All of these companies have positioned themselves in a highly-competitive manner by using the same approach to how they present their devices. Here, they allow independent hardware vendors to license these technologies to use in their own “smart-speaker” or similar products. In the case of Amazon Alexa and Microsoft Cortana, these systems can even show information in a visual manner on screen-equipped devices, whether that be in the form of a listing or a graphical “at-a-glance” display. 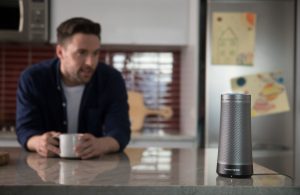 Let’s not forget that Amazon, Microsoft and Apple have over-the-top communications platforms equipped with videocall and messaging abilities that either are or will be integrated to their voice-driven home-assistant platforms. Amazon created their Alexa-based IP-telephony platform from scratch, adding it to the crowded sea of IP-communications platforms so it can tie in with their Alexa home-assistant platform. It could allow for you to ask Alexa, Cortana or Siri to immediately “drop a line” to someone using Alexa Messaging, Skype or iMessage / Facetime respectively. You could even use this to instantiate a videocall between yourself and your correspondent if both of you are using suitable equipment.

What do I see of this? Personally, I would find that hardware manufacturers such as the respected audio-equipment names may offer smart speakers and similar equipment that works across multiple platforms, requiring the user to determine which platform they want to use during setup or at a later time. Similar software developers who write interfaces for online service may be required to write “skills” for each of the platforms.

I also see it as being very similar to 1989 when there were multiple graphic-user-interfaces on the market with each computer platform having its own mouse-driven interface. Hello to “Hey Siri”, “Hi Cortana”, “OK Google” or “Alexa” to dim those lights, close that garage, start Spotify or whatever as you talk to that speaker.