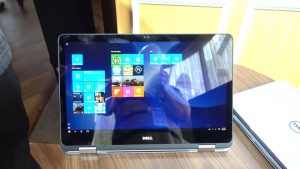 A common situation that we face when we update or upgrade the operating system on our computers including our mobile devices is that the device is out of action for some time while the update take place.

Here, the holy grail for operating-system maintenance is that the updates take action once they are delivered rather than needing us to restart the device at all. In the context of business, this means that workers and business owners are able to stay productive without waiting for an update cycle to complete.

Most of these processes involve downloading the necessary files that contain the newest software code then performing fail-safe procedures. This is before the device is rebooted as a measure to make sure the extant software files are unencumbered before they are replaced with the freshly-downloaded files. Then the update procedure makes sure that everything is in place before allowing the user to interact with the system.

Previously, the user-created configuration and other data had to be backed up and the operating-system files were prepared for installation after the computer was rebooted to instigated the software-update cycle for Windows. Now, from the Windows 10 Fall (Autumn) Creators Update onwards, these procedures will take place before the system has to be restarted. This is because most of these procedures are simply about copying files between locations on the System Disk.

The idea behind this move is to have all the preparatory work done while you are able to work with your computer so that it is out of action for a minimal amount of time.

The question here is whether this improved software-update process will take place for maintenance-level updates like the regular software patches and security updates that are delivered to keep Windows secure.

There is still the issue faced with all of the operating system update procedures, especially with significant updates or where mobile devices are concerned. This is where the update requires the device to be rebooted twice and spends some time out of action during that cycle. It also encompasses the requirement for regular computers to boot at least once while patches and security updates are being deployed.

But Microsoft’s step with improving the software-maintenance cycle for the Windows 10 operating system is getting us one step closer towards cutting down on the downtime associated with this process.

Broadcast TV via the Internet