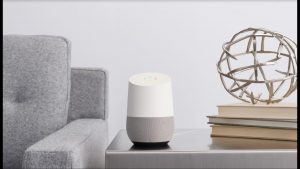 Google Home – to be an alternative to the landline telephone 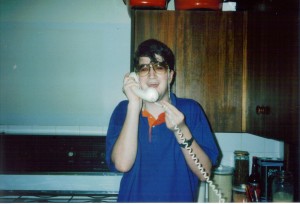 Could Google serve this role?

In May, Amazon launched an “over-the-top” VoIP system to allow you to call other Echo users as part of the Alexa platform. In my coverage of them launching this service, I saw it as another weapon in the battleground between the various voice-driven home assistant platforms.

Now Google have launched in to the USA and Canada a VoIP calling service which allows you to place calls to other USA or Canada phone numbers using your voice. At the moment, it is only an outgoing-call service.

As well, unless you are a Google Voice or Project Fi user, the person on the other end of the line won’t be able to see your number on their Caller-ID-capable telephone, but this will be enabled for other users to have their mobile number displayed by the end of the year. It is seen as a problem with most telephone users because robocalls and telemarketers conceal their Caller ID and users are not likely to answer calls which don’t relate to a person they know.

Here, the Google Home telephony setup works from the user’s Google Contacts phonebook which you could easily build up through your Android phone or through a Web-based user experience if you use an iPhone. There is support for multiple users with the Google Assistant differentiating them via their voiceprint.

Google still has a lot to do with making their Google Home voice-calling service catch up with Amazon Echo, such as supporting inbound calls, text and voice messaging, along with videocalls. In the case of videocalls, it may be about integrating Chromecast in to the equation, perhaps with support for a camera accessory which would be considered if they want to head towards dual-device large-screen videocalling.

But I do see Apple and Microsoft using their established VoIP platforms to make their forays to the voice-driven home assistant become communications devices.

Of course, the idea of integrating this kind of IP-telephony functionality in to Amazon Echo and Google Home platforms could be seen as retrograde by the millennial generation who are used to living without the traditional landline telephone. But such setups could be about maintaining a “catch-all” contact number for a physical location or older-generation users maintaining the idea of the traditional telephone but carrying it forward to the online era. Yet the mobile phones will simply serve as the private communications link while Google Home complements them for short calls where the privacy doesn’t matter.