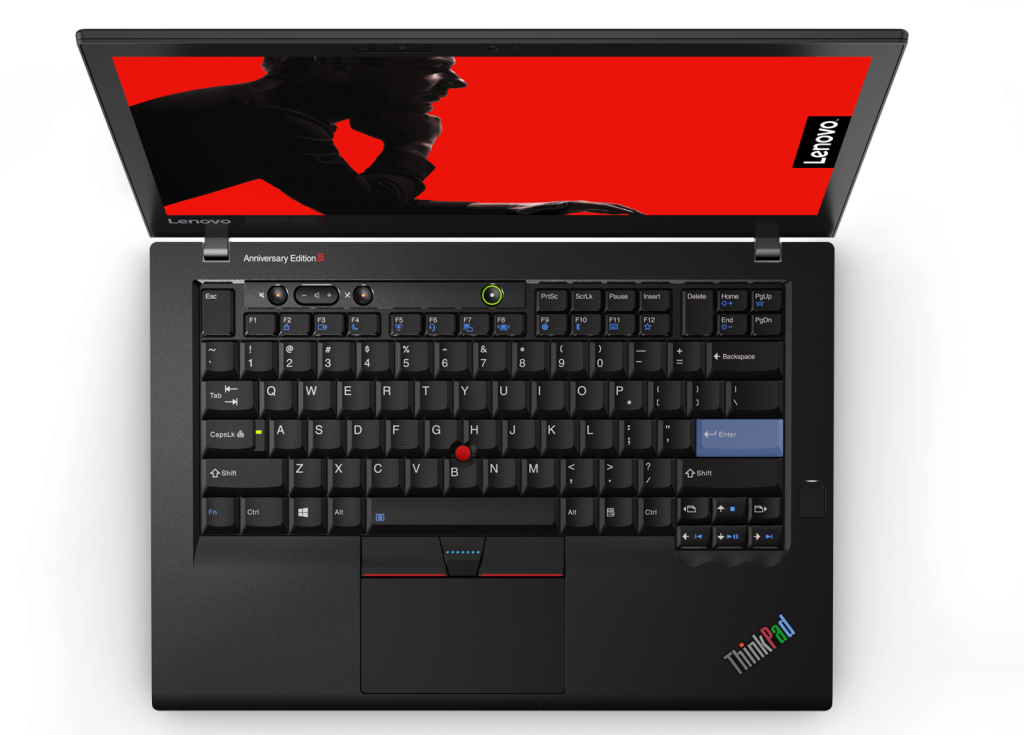 .. just like this classic Wurlitzer 1015 One More Time juke box

There are always those times where a design that celebrates a particular product type and what it’s about is revisited. With technology, this is approached by maintaining the look of the legendary original design but implements newer technical expectations on the inside.

IBM released what they defined as the ThinkPad laptop in 1992 with the black-finished clamshell housing, the red thumbstick, the blue Enter key and the 7-row keyboard. This was an effort to define what a portable business computer is to be about.

But like Wurlitzer with their legendary 1015 juke box which symbolised the rock’ n’ roll culture of the 1950s where these machines were playing the latest hits at the diners and “greasy spoons” where teenagers worked at and met up with their friends after school, this computer ended up being seen as an icon for highly-portable business computing in 1992.

Lenovo, who had taken over IBM’s personal-computing business, had just lately released their equivalent of the Wurlitzer 1015 One More Time juke box. The “One More Time” illustrated here kept the look of the original 1015 rock’ n’ roll machine but implemented higher-power solid-state stereo amplification along with the ability to play from 50 7” 45-rpm singles rather than the original’s 10 78-rpm record capacity and low-power valve-amplification technology.

In the case of the ThinkPad Anniversary Edition 25, Lenovo kept the look of the 1992-original ThinkPad but implemented today’s expectations in it. These manifest in the form of Intel Core i7-7500U providing the horsepower along with 16Gb RAM and 512Gb solid-state storage and discrete graphics processing handled by NVIDIA GeForce 940MX GPU with 2Gb display memory serving a 14” Full HD LCD screen. Let’s not forget that this laptop is much thinner and lighter than the original machine.

There is also other new expectations like the use of a Thunderbolt 3 connection, enhanced security with an Intel RealSense camera and fingerprint reader, dual-stream 802.11a/g/n/ac Wi-Fi, Bluetooth 4.1, 3 USB 3.0 sockets, HDMI video output and Gigabit Ethernet.  This totally underscores that the Lenovo ThinkPad Anniversary Edition 25 is really the “One More TIme”.

Happy 25th Anniversary to the ThinkPad laptop design that defined what a business laptop is about!

What is my computer’s file-storage system about?