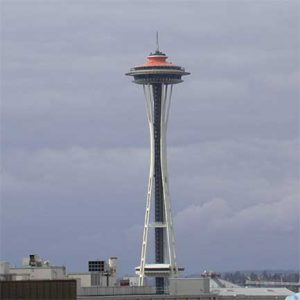 In most of the Western democracies, the election process is subjected to oversight by various local, regional or federal government election-oversight departments. These departments oversee the campaign activities that the political parties or candidates engage in during the election cycle; and this includes oversight of the kind of advertising that is being shown to the populace as part of a campaign.

As well, traditional radio and TV broadcasters, whether they are public or private, free-to-air or subscription-driven, are subject to oversight by federal or regional broadcast authorities. These authorities also work with the election-oversight authorities to oversee radio or TV election-campaign advertising in the context of the election process’s integrity.

All this oversight is to achieve a level playing field for the candidates and issues along with identifying and working against sources of undue influence upon the voters. This oversight also enforces various rules and practices regarding pre-poll campaign blackouts, mandatory sponsor identification for campaign messages and reporting of when and where the advertising appears.

But the online advertising platforms including the Social Web have, for a long time, escaped the stringent oversight of the various governments’ election-oversight and broadcasting-oversight authorities and this has recently raised questions in relationship to the integrity of a number of recent polls around the Western world such as the US Presidential Election.

Here, questions have been raised about the presence of troll ads sponsored by the Russian Government appearing on Facebook concurrent with the UK Brexit poll, the US Presidential Election and recent national elections that took place in France and Germany. Now the Seattle local government are raising issues with Facebook regarding advertising that was booked through that platform regarding their council elections. This was about Facebook violating a city bylaw that required advertising platforms like newspapers, radio or TV broadcasters to disclose who is buying political advertising targeted at that election.

One of the issues that are being raised include the ability with online advertising platforms for an individual or organisation no matter where they are located to target particular geographic areas down to the size of a suburb or town; or other particular user classes based on one or more particular attributes with a particular message.

It can become more disconcerting whenever firms in the TV and video industry implement directly-addressable advertising as part of their TV-advertising product mix, which allows for advertising campaigns to be directed at particular households or neighbourhoods like what happens with online advertising. This is because households seem to give a significant amount of trust to what is shown on the big screen in the living room when it comes to advertising.

Another is for the advertising to be presented as though it is part of legitimate editorial content in order to lower one’s “advertising-awareness” radar. This can be through comments that appear in a social-network’s main user feed or spam comments inserted in a comment trail or discussion forum. Similarly bloggers, podcasters and other influencers could also be paid to post political content supporting a particular candidate by a sponsoring entity.

This could breed situations where misinformation could be targeted at a “suburb of disadvantage” or an ethnically-focused community in order for them not to show up to vote or to vote against a candidate they are normally sure about and who represents their interests. This situation is considered of high risk in the USA where the election process supports voluntary attendance along with a significant number of citizens there not being “politically literate” and able to cast their votes astutely.

If Seattle tests this issue before the USA’s judiciary, other jurisdictions within and beyond the USA could watch these cases to observe how they can regulate online content and advertising in relation to the integrity of civic life.

What is the new HEIF image file format about?