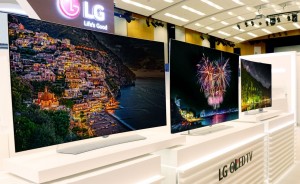 It is often said that today’s cool young viewers have done away with watching TV the traditional way where you select a channel and view a sequence of shows run on that channel.

Rather they are seen to prefer to watch on-demand content offered by one of many different on-demand services including “catch-up” TV services, making more of an effort to choose the kind of shows that interest them. It is underscored by the practice of “binge-watching” a TV series where one watches multiple episodes of that TV series along with Netflix and co implementing recommendations engines to list shows that one may be interested in.

It will maintain the traditional remote-control experience like channel surfing

But this traditional approach to  TV content consumption is still practised by most viewers, especially those of older generations.

Some viewers still like the idea of “channel surfing” where one flicks through the channels to discover something that could be of interest to them. In some areas like some of Australia’s capital cities, it was facilitated with some channels that were neighbouring each other on the dial. This habit has been made easier since television sets were equipped with remote controls or could be connected to devices like video recorders or cable boxes that provided remote-control channel change.

As well, it is seen by some of these viewers, including children, to be relaxing to watch a run of TV shows offered by one of the channels. Examples include an afternoon after school where children watch cartoons or similar TV shows, or the practice of having a TV news channel play while one engages in ordinary daily activities.

Let’s not forget that news and sports content totally lend themselves to this kind of viewing. In some cases, there may be two concurrent sporting fixtures of interest, such as the Boxing Day ritual in Australia where households flick between the Seven Network for the Sydney to Hobart Yacht Race and the Nine Network for the Boxing Day Test cricket match. Or one could flick through channels running different coverage of the same news event to compare how they cover it or look for further detail about that event.

Let’s not forget that the on-demand TV experience can be “linearised” for a viewer through being led on to recommended content or subsequent episodes of a series.

What is DVB doing to bridge the linear TV experience with the Internet?

The DVB Consortium who define the digital-TV standards that Europe, most of Asia and Oceania work with are working towards defining the DVB-I standard. I would suspect that most of this effort has been driven by Germany’s approach to free-to-air and pay TV where the idea of delivering TV service is to be media-agnostic and most, if not all, TV stations in the German-speaking countries are delivered by the traditional TV aerial, a cable-TV infrastructure or satellite TV.

The DVB-I standard is an IP-based TV broadcasting standard that supports the provision of linear-streaming TV services through the open Internet. Here it is intended to provide an app-free experience in a similar manner to TV services received via the traditional TV aerial, cable TV infrastructure or satellite dish. This means that a TV or set-top box can be connected to a home network and Internet service then the customer can be asked to add Internet-hosted streaming services to the programme lineup with the set discovering these services from a directory like what has happened with Internet radio.

There has been an earlier attempt at this goal in the USA with RVU technology that is part of the DLNA VidiPath specification, but it has been used primarily as an attempt to deliver cable-TV to secondary TV sets without the need for extra set-top boxes. This was also as part of an Obama-era effort to require cable-TV providers to deliver their pay-TV services to households without the need for each household to rent a set-top box from that provider.

One app will be all that is needed to deliver TV to a smartphone, tablet or laptop

The goal will also be about providing a similar experience for Internet-streamed linear TV content as what we have traditionally experienced with broadcast TV, whether free-to-air or subscription (pay) service. This includes the ability to support logical channel numbers that allow for direct access to particular channels, the ability to quickly change channels no matter the source thus continuing the “channel-surfing” tradition.

But on the other hand, some service providers such as cable-TV providers will want to convey their branding and user interface to the end-user. This may also be seen as being important with broadcast-LAN device manufacturer, building owners / strata committees who run MATV setups, or hoteliers who want to persist their identity to the end-user. It can also apply to end-users who are using budget-level equipment where not much thought has been put in to the user interface. HBBTV has answered this need through the use of an “OpApp” or “Operator App” standard to permit the ability to deliver that operator-level interface, which would appeal to TV-service platforms of the Freeview kind.

For broadcasters, DVB-I would do away with the need to create and maintain client software that viewers would need for access to their content. This also does away with various platform issues that creep up with maintaining these apps including catering to each new smart-TV, computer or video-peripheral platform. It also means that people who own older Smart TVs or video peripherals based on platforms that have been abandoned or neglected by the set’s manufacturer aren’t at a disadvantage.

Some of the key benefits that could come about include:

A transport-medium independent operation approach for receiving linear TV broadcasts. This means that TV manufacturers and broadcasters can work towards a simplified “single line-up” for traditional TV broadcast services no matter whether they are carried over the Web or via satellite, cable or terrestrial RF means.

The ability to support broadcast-LAN infrastructure including cable-TV and master-antenna-TV (single antenna or satellite dish serving many TVs like in an apartment block) setups driven totally by IP (Internet Protocol) technology. This approach will be relevant with infrastructure-level broadband providers wanting to use their infrastructure to deliver free-to-air and/or pay-TV services, something being approached by Chorus in New Zealand.

Ability for niche TV services with traditional-style TV experience to exist via Internet due to no need to obtain broadcast-spectrum licences, set up transmitter equipment or get on board cable-TV infrastructure. In a lot of ways, this could reignite the possibility of community TV services coming back on board and not living in fear of losing their access to broadcast spectrum.

With the use of HBBTV (Hybrid Broadcast-Broadband TV), this standard could lead towards a rich linear + on-demand TV setup through traditional TV sets and set-top boxes without the need for special client software. Similarly, it could lead to the creation of gateway software for regular or mobile computer devices to provide access to commonly-available video content services through these devices, knowing that this software can work with newer IP-based broadcasters.

The DVB-I approach could then open up the pathway for a universal TV service that makes use of Internet-based infrastructure like next-generation broadband infrastructure without the need for it to be app-centric.