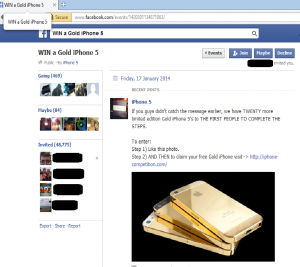 An issue that has been called out at the end of April this year is the improper use of endorsements by celebrities and brands by online snake-oil salesmen.

ABC’s Media Watch and TV Tonight talked of this situation appearing on Facebook and other online advertising platforms. Typically the people and entities being affected were household names associated with the “screen of respect” in the household i.e. the TV screen in the lounge room. It ranged from the free-to-air broadcasters themselves including the ABC who adheres strictly to the principles established by the BBC about endorsement of commercial goods and services, as well as TV shows like “The Project” or “Sunrise”, or TV’s key personalities like Eddie McGuire and Jessica Rowe. 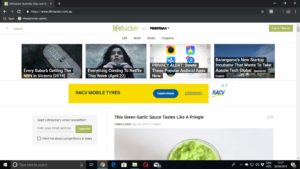 …. as are online advertising platforms

Typically the ads containing the fake endorsements would appear as part of Facebook’s News Feed or in Google’s advertising networks, especially the search-driven Adwords network. I also see this as being of risk with other online ad networks that operate on a self-serve process and offer low-risk high-return advertising packages such as “cost-per-click-only” deals and had called this out in an earlier article about malvertisement activity.

There has been recent investigation activity by the Australian Competition and Consumer Commission concerning the behaviour of the Silicon Valley online-media giants and their impact on traditional media around the world. It will also include issues relating to Google and its control over online search and display advertising.

Facebook have been engaging in efforts to combat spam, inauthentic account behaviour and similar activity across its social-network brands. But they have found that it is a “whack-a-mole” effort where other similar sites or the same site pops up even if they shut it down successfully. I would suspect that a lot of these situations are based around pages or ads linking to a Website hosted somewhere on the Internet.

A question that was raised regarding this kind of behaviour is whether Facebook, Google and others should be making money out of these scam ads that come across their online platforms. This question would extend to the “estate agents” and “landlords” of cyberspace i.e. the domain-name brokers and the Webhosts who offer domain names or Webhosting space to people to use for their online presence.

There is also the idea of maintaining a respectable brand-safe family-and-workplace-friendly media experience in the online world which would be very difficult. This issue affects both the advertisers who want to work in a respectable brand-safe environment along with online publishers who don’t want their publications to convey a downmarket image especially if the invest time and money in creating quality content.

As we see more ad-funded online content appear, there will be the call by brands, publishers and users to gain control over the advertising ecosystem to keep scam advertising along with malvertisements at bay along with working against ad fraud. It will also include verifying the legitimacy of any endorsements that are associated with a brand or personality.

A good practice for advertisers and publishers in the online space would be to keep tabs on the online advertising beheaviour that is taking place. For example, an advertiser can keep reporting questionable impressions of their advertising campaigns including improper endorsement activity while a publisher can report ads for fly-by-night activity that appear in their advertising space to the ad networks they use. Or users could report questionable ads on the Social Web to the various social network platforms they see them appear on.