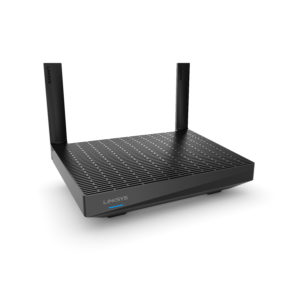 Two companies have pushed Wi-Fi routers which are about bringing Wi-Fi 6 (802.11ax) technology within the reach of everyone who is establishing a home network based around a fixed broadband Internet service. This is being drawn out of necessity thanks to smartphones, tahlets and laptops released through this year being equipped with Wi-Fi 6 connectivity.

The first of these is Deutsche Telekom who have poised to release in to the German market a unit that will be typically supplied to a household signing up for fixed broadband Internet offered by that telco. This unit, known as the Speedport Smart 4 Plus is equipped with Wi-Fi 6 and will be about providing this technology in a turnkey manner to a home Internet service customer. It is ready to be launched at the IFA 2020 trade fair at Berlin in September.

The other is Linksys who have offered the MR7350 broadband router through retail channels for USD$149. It is rated as an AX1800 unit which will provide an average throughput for a Wi-Fi 6 router. But it is able to be part of Linksys’s Intellignent Mesh distributed-Wi-Fi setup, thus allowing you to expand your network’s Wi-Fi range when teamed with a compatible Linksys Wi-Fi router.

Engadget’s review described the Linksys MR7350 router as being fit for starting a Wi-Fi 6 network to cover an average-sized apartment or townhome unit. It can also be seen as an affordable infill access point for a Linksys Intelligent Mesh distributed-Wi-Fi setup, especially if you decide to put a better router from that product range as the Internet edge of your home network.

But what I am pleased about these devices is that they are an effort to bring Wi-Fi 6 (802.11ax) technology in to most home networks. These efforts may be continued on by other carriers, and home-network equipment manufacturers.