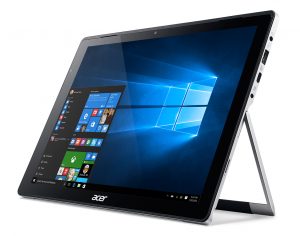 When Microsoft officially releases a major Windows 10 feature update, it may be daunting to know what changes have existed to your computing environment as a result of that update.

Here, you may want to know what changes took effect including any new functionality that came about. It may also be about any significant changes to Windows 10’s user experience that you may have to get used to. For some people, finding that a significant change to the user experience may be daunting and that a feature may be delivered but they don’t know how to take advantage of it. This may cause some Windows 10 computer users to delay or avoid major-update cycles all together.

As well, it is more important for people who aren’t sure of any significant changes to how their technology operates, something that can be of concern for the older generations who haven’t had much computer experience. For them, it may be about relearning a skill they already have in order to adapt it to a newly-revised user interface.

Microsoft will be answering this problem with its “Tips” app in Windows 10 from the next feature update onwards. Here it will have a “What’s New” focus that appears after the update is rolled out to highlight any new features or changes to the user experience. This will be updated with every feature update so users are aware of the newly-added functionality.

But I would like to see added to this information relating to improved peripheral and network device support especially where it is relevant to the kind of connections your computer has and devices it is connected to.

For example, it may be about whether a peripheral or network device is gaining class-driver support within Windows or whether the current class drivers that are part of Windows and relevant to the device are gaining any significant improvement. This includes any newer settings that are available to the end-user so they have it working their way.

This can allow a user to rationalise the software that is running on their computer without worrying that they will lose the functions they are dependent on because they remove vendor-supplied software for that device. Similarly, they may want to know whether the installation of a device on a newer computer is going to be a true plug-and-play experience without the need to download and install any extra software. As well, users are then sure they won’t lose device functionality if the device vendor declares end-of-support on that device.

Microsoft is at least taking some steps towards improving the update experience for major updates within Windows in order to make them discoverable and user-friendly.

Some apps on your Android device crashing lately? WebView may be the culprit

Apple Snow Leopard – Is it worth it for your existing Mac