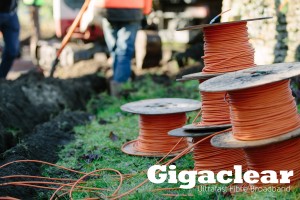 What is happening with rural broadband in the UK

In some countries like the UK, Australia and Germany, regional broadband infrastructure providers set up shop to provide next-generation broadband to a particular geographic area within a country.

This is used to bring next-generation broadband technology like fibre-to-the-premises to homes and businesses within that geographic area. But let me remind you that fibre-to-the-premises isn’t the only medium they use — some of them use fixed wireless or a fibre-copper setup like HFC cable-modem technology or fibre + Ethernet-cable technology. But they aren’t using the established telephone network at all thus they stay independent of the incumbent infrastructure provider and, in some areas like rural areas, that provider’s decrepit “good enough to talk, not good enough for data” telephone wiring.

In the UK especially, most of these operators will target a particular kind of population centre like a rural village cluster (Gigaclear, B4RN, etc), a large town or suburb (Zzoom), city centres (Cityfibre, Hyperoptic, etc) or even just greenfield developments. Some operators set themselves up in multiple population centres in order to get them wired up for the newer technology but all of the operators will work on covering the whole of that population centre, including its outskirts.

Typically the independent regional broadband infrastructure providers run a retail Internet-service component available to households and small businesses in that area and using that infrastructure. The packages are often pitched to offer more value for money than what is typically offered in that area thanks to the infrastructure that the provider controls.

But some nations place a competitive-market requirement on these operators to offer wholesale Internet service to competing retail ISPs, with this requirement coming in to force when they have significant market penetration.That is usually assessed by the number of actual subscribers who are connected to the provider’s Internet service or the number of premises that are passed by the operator’s street-level infrastructure. In addition, some independent regional infrastructure providers offer wholesale service earlier as a way to draw in more money to increase their footprint.

This kind of wholesale internet service tends to be facilitated by special wholesale Internet-service markets that these operators are part of. Initially this will attract boutique home and small-business Internet providers who focus on particular customer niches. But some larger Internet providers may prefer to take an infrastructure-agnostic approach, offering mainstream retail Internet service across multiple regional service providers.

Support by local and regional government

Local and regional governments are more likely to provide material and other support to these regional next-generation infrastructure operators. This is to raise their municipality’s or region’s profile as an up-to-date community to live or do business within. It is also part of the “bottom-up” approach that these operators take in putting themselves on the map.

It will also include issues like land use and urban planning along with creation and maintenance of rights-of-way through private, regulated or otherwise encumbered land for such use including competitors’ access to these rights-of-way.

That also extends to access to physical infrastructure like pits, pipes and poles by multiple broadband service providers, especially where an incumbent operator has control over that infrastructure. It can also extend to use of conduits or dark fibre installed along rail or similar infrastructure expressly for the purpose of creating data-communications paths.

That issue can also extend to how multiple-premises buildings and developments like shopping centres, apartment blocks and the like are “wired up” for this infrastructure. Here, it can be about allowing or guaranteeing right of access to these developments by competing service providers and how in-building infrastructure is provided and managed.

But if an Internet-service market is operating in a healthy manner offering value-for-money Internet service like with New Zealand there may not be a perceived need to allow competing regional next-generation infrastructure to exist.

Such infrastructure can be used to accelerate the provision of broadband within rural areas, provide different services like simultanaeous-bandwidth broadband service for residential users or increase the value for money when it comes to Internet service. Here, the existence of this independent infrastructure with retail Internet services offered through it can also be a way to keep the incumbent service operator in check.

Mayotte to benefit from real broadband at last