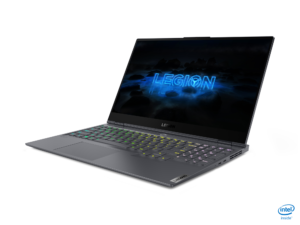 The PC is suddenly cool again … for now | CNBC

Due to us having to stay home more due to the COVID-19 coronavirus plague, we have had to rely on online services for our work, education and social life.

What this has meant is a stronger interest in the use of desktop and laptop regular computers that have more powerful silicon and run desktop operating systems. These purchases are justified more due to increased usage of these systems and a longer lifespan that they typically have. Let’s not forget that these computers typically have or are able to be connected to larger screens and better input devices suited for long usage sessions.  As well, the money that people have saved by not going out or travelling is financing the purchase of these systems.

Short supply early in the pandemic

This high demand for newer computers has caused problems in the supply of these computers due to factories in China that supply parts or subassemblies for these systems shutting down during the first few months of this pandemic. Another factor that slowed down the supply of thee computers was the logistics associated with their parts being limited due to various restrictions on the transport modes and ports / airports to limit the spread of the virus. But once it became a known quantity and factories were able to adapt to the bug in a prophylactic manner, the backlog of computer orders was able to be fulfilled by the major vendors.

The steady rise of Chrome OS as a viable alternative

Google’s Chrome OS is coming to the fore in this context due to schools and workplaces implementing Chromebooks as a viable computing platform. This is due to it having a limited third-party software base, although it can run Android software, and its support for a secure computing environment. But even these machines are becoming more capable with them acquiring faster silicon and more memory.

But could this mean that more software providers, especially games studios, will have to write software for the Chromebook? Similarly will there be requirements to create software development environments that target many platforms including Chrome OS at once?

There is a strong interest in the portable form factors like laptops because of their innate flexibility. As I have mentioned before when raising the issue of whether to buy a desktop or laptop computer in this era, this could suit household members who don’t have a dedicated workspace and end up using the dining table; people who prefer to use the computer to suit seasonal needs like outside or by the fire.

It is leading towards a significant trend for increased computing power in these computers, especially the ultraportable units like Ultrabooks or MacBook Air units. Around September, this meant the arrival of Intel’s Tiger Lake silicon with the Xe graphics infrastructure. Here the Xe integrated graphics processors were on a par with low-tier mobile dedicated graphics processors and could offer elementary games-grade graphics performance with a Full HD screen.

For example Intel have just premiered at CES 2021 the Tiger Lake H35 silicon which is their attempt to bring on gaming-grade performance to Ultrabooks. This is in addition to opening up Chrome OS to Tiger Lake performance silicon.

This has come about because the computer industry has found that over the past year that it is increasingly justifiable to invest in regular-computer platforms. That is thanks to these units being able to last and be relevant for the long term. It also has been underscored over the past ten years with laptops, all-in-ones and low-profile desktop computers being found to exhibit real computing power for primary workday use.

There is doubt whether the demand for regular computers will last long as more of us return to work or school. It may not be an issue for laptop users if your workplace or educational institution implements “bring-your-own-device” policies or they have bought the device for you to use during your tenure with them, and you are able to take your computer between there and back.

Similarly, some pundits may be seeing the increased and continual interest in remote working with this maintaining a need for the regular computer. This may be enforced by offices being required to work at reduced capacity to avoid the risk of contagion until we are sure this pandemic is totally under control. It is also along with businesses looking towards downsizing their office premises or moving away from inner-urban areas due to the reduced need for on-site staff.

Here, this could evolve towards the use of local “third places” like libraries and cafes as alternative workspaces with, perhaps, interest in local flexible shared-working facilities. Similarly, hotels are seeing renewed interest in offering their guestrooms for day use and pitching this towards remote workers. These will continue to exist as an alternative to working from home, especially where one wants to avoid home distractions.

This may be also augmented by a desire to “move away from the city” and only visit there for regular but infrequent workplace meetups, as those pundits in the real-estate game are underscoring. Here, you would have to have a decent Internet connection and a decent computer at your new country house to be able to work from there.

Again these will be about maintaining interest in the regular computer, especially laptop computers.

This is due to them being conducive for long working sessions thanks to properly-sized hardware keyboards and larger screens that these computers have. As well, most of these units will also appeal for use beyond work like playing powerful rich games, doing further learning or supporting entertainment needs.

Here, the laptop will maintain its space for those of us who like flexible working whether at or away from home.