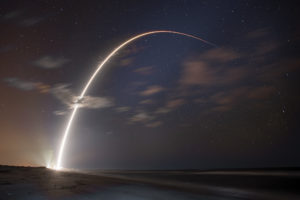 The rise of low-earth-orbit satellite technology to enable decent Internet service for regional, rural and remote parts of the world has gained a bit more traction.

This time, it is the German Federal Government (Bundesregierung) with its Transport ministry who are subsidising Starlink installations across rural Germany. The US’s FCC has engaged in some form of subsidisation for Starlink but this is at a corporate level as part of their US-government-based program for enabling decent rural Internet service there.

The German approach is to provide EUR€500 towards Starlink hardware purchase for installation in Germany’s rural areas. This doesn’t just apply to Starlink but to any satellite or other radio-link-based Internet service provided on a retail level. It is intended to be consumer-focused and provider-agnostic in the same manner as what is expected for the provision of broadcasting and telecommunications in modern Germany.

It doesn’t apply to ongoing service costs that customers pay to keep the service alive. In the case of Starlink, the monthly service costs are EUR€99 / month at the time of writing.

.. to improve access to real broadband in German rural areas

This was just announced as Tesla were about to commence work on building its European Gigafactory near Berlin and was riding on the fact that Tesla and SpaceX Starlink are owned by Elon Musk. The Bundesregierung need to seek approval from all of Germany’s 16 Federal States for this retail-level subsidy to go ahead.

The question that will come up is  whether public subsidies for satellite or other radio-based Internet service is the way to go to bring decent broadband Internet to rural areas. This is compared to current efforts by local or regional governments in cohort with local chambers of commerce to bring fibre-optic Internet to rural and regional areas.

There will also be the issue of whether to extend this kind of subsidy to people living in boats along Germany’s inland waterways. Think of retirees who have riverboats on the Rhine, Elbe or Wupper rivers or cabin cruisers on the likes of Lake Constance (Bodensee).

Personally, I would see Starlink and similar technology come in to play for sparse rural areas while fibre or similar deployments are considered for more dense settlements. The long fibre-optic trunk link between towns or to serve a remote employment / industry area should never be forgotten as a way to encourage economic growth along its path.

At least Germany is taking another approach to dealing with the rural Internet deficiency issue by subsidising the installation of Starlink and similar technology in its rural households.

Local Government to become an Internet provider option in Australia

MyRepublic launches an NBN Internet plan to game on with