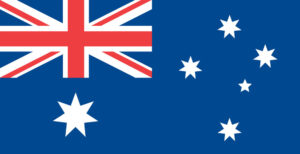 Alexa Looks To Expand Her Knowledge Of Australia By Teaming Up With The Betoota Advocate – B&T (bandt.com.au)

Australia does have its own slang and culture which has been celebrated through Australian films and television like “Crocodile Dundee” or “Neighbours”; or the 1980s Paul Hogan “Throw A Shrimp On The Barbie” ad. There was even a book called “G’Day Teach Yourself Australian” (Amazon link) which conveyed the look of a foreign-language courseware book but taught Australian slang and culture to English-speaking travellers in a humourous way. Even the current popularity of “Bluey” amongst families in other countries is putting Australian culture increasingly on the map. 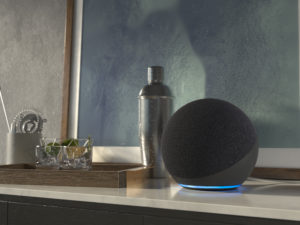 But the voice-driven assistants like Amazon Alexa or Google Assistant weren’t taught that kind of information. This made it difficult for Australians to use these assistants in a manner that is comfortable to them.

A previous approach to supporting dialects within a language including regional dialects was the BBC’s effort at a voice assistant. This responded to British English and even supported the various regional accents and dialects used within various parts of the UK. But it has been focused towards access to its own content and currently isn’t able to work with other voice-assistant platforms as a linguistic “module”.

Now Amazon have worked with the Betoota Advocate to “teach” Alexa about Aussie slang and culture. It is not just the slang and colloquial speech that she had to understand but items relating to Australian life and culture. For example, being able to answer which AFL or NRL club won their respective code’s Grand Final or to summon up the latest Triple J Hottest 100 as a playlist.

In the case of the football Grand Finals, there may be an issue about which football code is referred to by default when you ask about the winner of one of these penultimate matches and don’t identify a particular code. This is because of New South Wales and Queensland “thinking of” the NRL rugby-league code while the other States think of the AFL Australian-Rules code.

It could be even something like “How do I pay the rego on the ute” which could lead you to your State government’s motor registration office or, if they support it, instigate the workflow for paying that vehicle registration.

Australians and foreigners can even ask Alexa the meaning of a particular slang term or colloquialism so they can become familiar with the Australian vernacular. This would be required of Alexa anywhere in the world especially if you are talking with Australian expats or finding that a neighbourhood is becoming a “Little Australia”. Or if you are from overseas and show interest in Australian popular culture, you may find this resource useful.

A feature that may have to come forward for this Australian-culture addition to Amazon Alexa is to support translation of Australian idioms to and from languages other than English. This is more so where Australian culture is being exposed in to countries that don’t use English as their primary language or where these countries acquire a significant Australian diaspora. An example of the first situation is the popularity of MasterChef Australia within the Indian subcontinent and the existence of Australians within Asian and European countries.

This addition of Australian slang and culture to Alexa is available to all devices that support the Amazon Alexa voice-driven assistant. This ranges from Amazon-designed equipment like the Amazon Echo smart speakers to third-party devices that implement Amazon Alexa technology.

At least this is an example of how a voice-driven assistant provider can work towards courting countries and diasporas that are being seen as viable. It may have to be about encouraging the use of modular extensions to enable voice-driven assistants to work with multiple languages, dialects and cultures.

When use of multiple public accounts isn’t appropriate

Why is there interest in Internet-assisted in-home healthcare