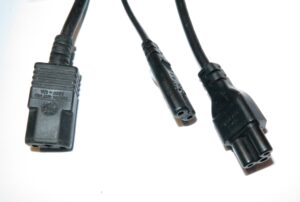 In the 1970s, the IEC defined a number of standard equipment-side connections as part of connecting appliances and equipment to the general AC power supply used at home and in the office using a detachable AC cord. The common types are the C5/C6 “cloverleaf“ three-pin connection used primarily on laptop chargers, the C7/C8  “figure-8” two-pin type commonly used with portable radios, the larger C13/C14 three-pin connector used on most desktop computers, office equipment or guitar amplifiers and the C15/C16 notched three-pin connector used on a significant number of electric kettles and similar appliances.

These standards have benefited appliance designers, manufacturers and users through the life-cycle of the equipment concerned. It has mad it easier to design something that will work worldwide and simply package the appropriate cord that has a nation’s particular AC plug on one end and the appliance’s IEC-standard equipment-side plug on the other with that appliance. 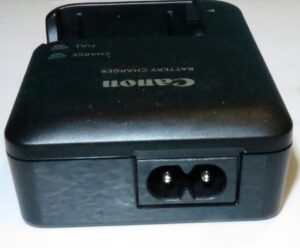 This idea has been helped along by equipment designs that use multi-voltage power-supply approaches like switch-mode power supplies or user-switchable input voltages. Here, the equipment manufacturer would be encouraged to make devices that they can sell or the end-user can take anywhere in the world.

For example, a portable radio that receives the standard 540-1600 kHz medium-wave AM band and the 88-108 MHz FM band and equipped with a switchable AC input voltage and IEC-compliant AC power inlet would have world-wide utility value. That is because nearly all countries have their broadcast stations on these bands and the set could be used from AC power anywhere around the world. Even in the days when Europe didn’t have access to all of the standard FM band or countries didn’t open up the FM band for radio broadcasting, these radios still were of useful value in those affected territories.

Then if the user loses the AC cord for that appliance or that cord is damaged, they can cost-effectively replace that cord with a similar one. People who travel or migrate to other countries also benefit because they replace the appliance’s AC cord with one that has the same IEC-standard equipment-side connection on one end and their destination’s AC plug on the other. There is also that likelihood of one coming across a spare AC cord with an IEC-standard equipment-side connection fitting that appliance in their home or workplace and it continues to earn its keep. 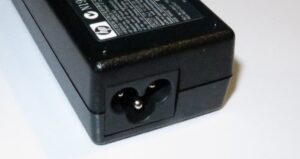 It has opened up ideas for AC cords that suit a particular user’s needs. Firstly, there are longer or shorter cords with these kinds of connection at the equipment side that may end up as the right length for the usage scenario.

Secondly there even have been the C15/C16 notched three-pin AC cords that are coiled like a traditional telephone cord and are offered as a safe approach to keeping kettles and their cords away from the edge of the bench to avoid the risk of accidental hot-water scalding.

Or some AC cords that are sold through computer retailers have two C13/C14 plugs on one end and the national AC plug on the other, typically in order to power a desktop computer and a monitor from the one power outlet. This came in to play as computer hardware designers did away with IEC C13/C14 power outlet sockets on their desktop computers that were typically used to connect display monitors to power.

But the problem I do see is that a lot of USB chargers and similar power supplies are being offered as “wall-wart” devices that plug in to the wall rather than a small power brick with an IEC-compliant equipment-side AC connector. To the same extent, some multiport USB “charging bars” use a captive AC cable with the nation’s AC plug on them for their AC connection rather than an equipment-side IEC-compliant AC socket.

This can be an annoyance in some ways for some people. For example, these “wall-wart” devices, once plugged in to a power outlet including a power board, can take up too much space on the power outlet. Then if a user decides to go overseas, they have to purchase a travel adaptor which can become too large for a single power outlet in a powerboard or double power outlet and the setup can become very unwieldy.

Having USB chargers and similar power supplies use IEC-compliant equipment-side AC connections like what is commonly done with laptop chargers can be a real boon.

One could purchase an AC cord from a local electronics or computer store, or in some cases, a local supermarket for their device that has the appropriate equipment-side plug on one end and the national AC plug on other end. These cables are often sold for pennies’ worth so it is not a case of worrying about how much these will cost.

For example the C7/C8 “figure-8” cable is sold as a replacement AC cable for portable radios, the C5/C6 “cloverleaf” cable sold as a replacement cable for laptops or the larger C13/C14 three-pin cable sold as a computer, office-equipment or musical-equipment cable. In the first two cases, they are sold this way because of people losing AC cables that belong to portable equipment or such cables ending up damaged or faulty. 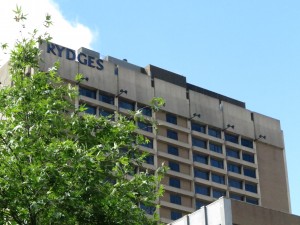 It doesn’t hurt to ask the reception desk or Housekeeping at the hotel you are staying at if they have a spare AC cable for your laptop’s charger.

It doesn’t hurt to ask the place you are staying at whether they have a spare AC cord with the right equipment-side connection type for your device. This may be due to someone leaving behind the AC cord for their equipment or an appliance associated with that cord had failed but the cord is still serviceable.

Here, you are not worrying about if you have the travel adaptor with you or whether you are “tying it up” with a particular appliance. Rather you can use any power outlet within where you are staying to power your equipment using that cord.

This is infact more of value for those of us who are staying in holiday-rental houses or apartments including serviced apartments; or who are staying at relatives’ or friends’ homes. Here, you are able to take your laptop or charger in to the kitchen, living room or other common spaces and plug it in anywhere.

It also comes in to its own where your travels are primarily within geographic areas that use the same AC plug type. Here, you can rationalise down the number of AC plug types you need to cater towards when you pack accessory cables for your electronics.

Migrants and long-term travellers will also benefit very well because it is easier to move equipment between countries. Here, they reduce the number of travel adaptors they need to buy for all of their equipment. But they buy the AC cords compatible with their destination country’s mains sockets for their equipment when they arrive and settle down.

Migrants may even be able to leave behind their appliance’s AC cord that they used in their country of origin and pick up an AC cord in their destination country if their journey is primarily a one-way affair. That may help with cutting down on accessories that they need to worry about when they pack.

You may find that the AC cable that came with your equipment may not be right for your needs.

This is more so with a charger you are using for your laptop, tablet or smartphone and it may be found that having a longer mains-voltage AC cable run means you aren’t losing low-voltage DC current at your device. In this case, an electronics store or online retailer may offer a longer AC cable, usually up to 1.8m, with the appropriate equipment side connection.

Also be aware that some online sources do offer adaptors that have a C13/C14 power socket on one end and a C5/C6 plug or C7/C8 plug on the other end. This is typically used with a power cord that has a C13/C14 equipment-side connection to power equipment that uses the â€œcloverleafâ€ or â€œfigure-8â€ AC connections, something commonly done with advanced computer setups where some low-profile equipment is being used.

A charger or power supply that uses IEC-standard AC-input connections does allow for increased device and AC-cable utility along with adaptability to different usage scenarios.

Kogan are offering a highly-capable USB dock for $120