As tablet use grows, Android use on par with Apple, report says | Mobile – CNET News 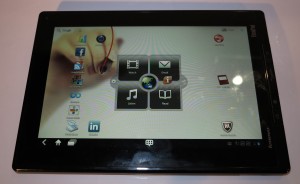 When I have heard this kind of talk, the tablet platform that is most often cited and supported for these applications is the Apple iPad. This is because it is seen as the most popular form of tablet computer for this application. But, from the CNET article, it is becoming so that the Android tablet platform is being placed on a par to Apple’s platform, mainly due to Amazon’s Kindle tablets.

I would also find that the Android tablet platform has yielded some capable products like the ASUS Transformer Prime; as well as the Samsung Galaxy Tab series and the business-oriented Lenovo ThinkPad Tablet that I just reviewed. These do appeal to users who “know what they are after”. Similarly, the Android platform has also yielded the 7” coat-pocket-size tablets like the Toshiba ATiSo that I reviewed recently. 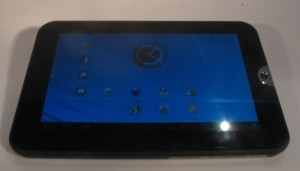 What I would like to see more for this platform is that the newspaper publishers work on integrated app-based newspaper readers for this platform rather than focusing the integrated experience to the iPad. Here, the 7” coat-pocket-size Android tablets could allow a user to have a few mastheads in their coat pocket to read on the train or the Transformer Prime could double as an electronic newspaper.

One platform that I am pleased with is the Zinio platform used for distributing magazines. Here, the effort was to deliver the magazine mastheads to a variety of devices ranging from the iPad through the Android tablets to the Windows and Mac desktop platforms, simply by working on a client program for each of the platforms.

Newspapers could look at developing a platform that allows the development of client apps for different device platforms and allow the user to subscribe to multiple mastheads without cluttering up their device with apps. It may either have to go for an app for each publisher or an app that is supported by multiple publishers and works as an online newsstand.