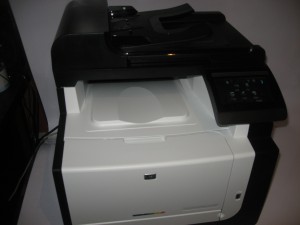 Nearly every multifunction printer that is pitched towards small businesses and SOHO operations is equipped with basic Group 3 fax functionality at least. Most will have the high-speed Super Group 3 functionality while most multifunctions that print colour will support colour faxing.

This is a feature still considered of value by people who work in the legal, medical and allied professions because they see it as the preferred way to exchange documents “over the wire”, especially in the context of requiring other parties to sign and send the documents.

But inbound documents that arrive via these machines can be seen by people other than the intended recipients which is something that can betray the required confidentiality that most of these documents require. This is an important issue as far as client confidentiality and privacy are concerned when it comes to legal, medical or similar issues; but can also be of concern with the intellectual property that most organisations accrue such as customer / member lists or financial reports.

This can be of concern in traditional workplace environments like clinics where you have people like late-night workers or contract cleaners existing in the office beyond normal business hours. It can also be exacerbated for small-time professionals who share or sub-let office space or use serviced offices.

It can also extend to people who maintain a home office, something that is an increasing trend for small-time practitioners or people who maintain a small public storefront at other premises. In this case, even though the business operator’s household respects the business’s confidentiality requirements, there is the issue of houses being occupied by house-sitters, couch-surfers and the like who may not respect that level of confidentiality even though you trust them. It includes tradespeople who come in to your home to perform work that you require.

What is a “fax vault” and how could this feature answer these situations? 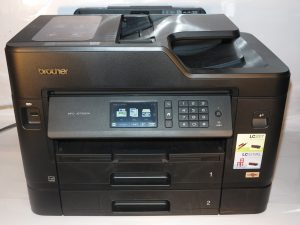 A “fax vault” function stores all incoming fax documents to a digital storage medium of some sort rather than printing them out. Then the user enters a code and selects a “print stored faxes” function to print out the documents. Such setups could allow functions like printing out selected faxes such as those that relate to the work they are dealing with, or forwarding the documents to another fax machine like the one installed at a convenience store or newsagent to be collected there. Some machines also provide a “forward to email” function where they send the received fax document via email as a TIFF-FAX file or a PDF file.

Some of these setups may provide PIN-protected dial-in access to allow users to enable or disable this function or forward documents to a nominated fax machine from the nearest telephone like their home phone. The functionality could also be facilitated through a Web page or mobile-platform app for a granular operating experience.

The most basic form of this kind of storage is in RAM memory in the machine, but a power failure can have you lose all the documents you have received. Better implementations of this storage can be in the form of non-volatile storage like a hard disk or solid-state storage device including an SD card or flash memory installed in the machine, or the data is held on a network storage like a NAS.

For example, HP implemented integrated flash memory within the LaserJet Pro CM1415fnw that I reviewed. This was in lieu of using RAM which is vulnerable to power failure, also leading to that printer implementing a comprehensive “fax vault” function,

Brother have come close to this ideal by equipping some of their printers with “Fax Forward To Cloud” functionality provided as a machine app where documents can be held in a Dropbox or similar online-storage account. But this feature still requires the user to have documents printed out as they come in.

As I review a fax-capable multifunction printer, I applaud manufacturers who offer this function in the proper manner in their products especially if it is feasible not to print documents that are held on the storage. As well, I applaud manufacturers who implement non-volatile memory technology, preferably user-upgradeable technology or use of external, network or common cloud-based storage for incoming faxes.

The feature is important to prevent others from seeing confidential faxes which come in through the machine thus assuring client confidentiality and privacy along with intellectual-property protection for professionals.

How to achieve this better

The manufacturers could implement flash memory in their fax-capable MFCs to avoid risk of document loss during power failures.

Similarly, simplified resource-discovery protocols for NAS devices could make these devices discoverable by equipment other than regular computers. This could be facilitated through a Samba (open-source SMB implementation) client on the multifunction that implements the SMB protocol most of the NAS units use.

To protect the data on the mon-volatile storage device against further snooping should the non-volatile media unit be stolen, the fax-enabled multifunction printer could implement encrypted storage or simply encrypt the files associated with fax operation. File-based encryption can also work with data stored on a NAS unit.

The large capacities offered by newer cost-effective storage media would cater to businesses in the legal profession who are having to deal with large legal documents as a matter of course, or doctors who receive graphically-rich documents like medical imaging.

It also encourages the use of the non-volatile storage medium in these machines for storing fax documents yet to be transmitted such as with scheduled faxing or attempting to transmit a document to a machine that is busy or not answering. The benefit also applies when your machine is busy printing large documents and wants to keep itself available for other incoming faxes.

For regular printing from a network, the non-volatile storage option can allow for enqueued printing where each job waits on the storage medium until it is printed out. This can also work well with secure print-job release where you enter a code that you predetermine to collect your job before the job is turned out. It can also allow manufacturers to implement remote printing, public-printing facilities and the like as part of a multifunction’s feature set.

Let’s not forget scanning, where an efficient workflow can be created. Here, a user could scan many originals at the machine then go to their computer or mobile device to take them further by “picking them up” from the machine’s storage. A multifunction with advanced abilities could even have the ability to, for example, recognise many small originals like snapshot photos, business cards or till receipts that are scanned at once and create separate files for each original.

Having a digital fax vault as part of a small-business or SOHO-grade fax-capable multifunction’s feature set can be of value to professionals who place high value on client confidentiality.