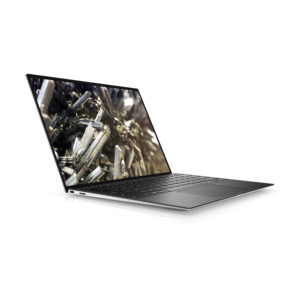 You need to have access to the latest data representing your computer’s operating system, device drivers and allied software from its manufacturer as a recovery image to simplify any repair / restore efforts or to get your “new toy” up and running as quickly and smoothly as possible.

Recent computers that run MacOS or Windows now come with a partition on their hard disk or SSD that has a copy of the operating system and other software they come with the computer “out of the box”. Or there is the ability to download a recovery image for your computer from the manufacturer’s Website using a manufacturer-supplied app.

It is in lieu of the previous method of delivering an optical disc with the computer that has the operating system and other manufacturer0-supplied software thanks to newer computers not being equipped with optical drives.

Here, this recovery data comes in to play if the operating system fails and you have to reinstate it from a known good copy. An example of this could be the computer being taken over by malware or you need to get it back to “ground zero” before relinquishing it. Or the system disk (hard disk or SSD) fails and you have to put the operating system on a new system disk as part of reconstructing your computing environment.

But Microsoft, Apple and the hardware manufacturers associated with your computer’s internal peripherals update their software regularly as part of their software quality control. There are often the feature updates that add functionality or implement newer device-class drivers that are part of an operating system’s lifecycle.

The firmware / BIOS updates may not matter due to them being delivered as a “download-to-install” package. This means that when these packages are run, they verify and shift the necessary firmware code to the BIOS / UEFI subsystem for the computer or the firmware subsystems for peripherals supported by the computer’s manufacturer, then subsequently commence and install the installation process.

Questions that can be raised include whether the factory-supplied data should be maintained as the definitive “reference data” for your system. Or whether the computer manufacturer is to provide a means to keep the software up-to-date with the latest versions for your computer.

Similarly there is the issue that people are likely to change the software edition that comes with their computer like upgrading to a “Pro” edition of the Windows operating system when the computer came with the Home edition.

An approach that a manufacturer can take over a computer system’s lifetime is to revise the definitive “reference data” set for that system. This could be undertaken when the operating system undergoes a major revision like a feature update. This can be about taking stock of the device drivers and updating them to newer stable code as part of offering the latest “reference data” set.

That allows a user who is doing an operating-system recovery doesn’t need to hunt for and download updates as part of this process if they want the computer running the latest code.

This kind of approach can also come in to its own during the time that the computer system is on the market. It means that during subsequent years, newer computer units receive the latest software updates before they leave the factory. This is so that the computer’s end-user or corporate IT department don’t have to download the latest versions of the operating system, device drivers and other software as part of commissioning their new computer system.

The idea of computer manufacturers keeping their products’ software-recovery data current will benefit all of us whether we are buying that new computer and want to get that “new toy” running or need to reinstate the operating software in our computers due to hardware or software failures.

Now that Apple are distributing the “Lion” version of the MacOS X operating system in an online manner, you may think of how you may be able to do a bare-metal recovery of your Macintosh computer. This is where the computer has a hard disk on board but it doesn’t have the operating system to work from. This is because there is no physical disk that came with the upgrade which you can install from when you need to reinstall the operating system.

Now Apple have provided a recovery disk program that allows you to create the recovery image on to an external disk like a USB memory key or a USB external hard disk. It avoids the need to reuse Snow Leopard (which may be on an install DVD) in order to download Lion again as part of the recovery process.

Normally, an upgrade to MacOS X Lion would create a recovery partition on the Mac’s system disk. This wouldn’t be good enough if that hard disk crashed. When you run this utility, you create a copy of the same recovery partition on an external disk which you can then boot from during a bare-metal install or system rebuild.

Like the internal copy, this would allow you to do a “ground-zero” OS install, reinstall from a Time Machine backup, use MacOS Disk Utility to check and repair the hard disk as well as use Safari to visit Web-based resources.

When you prepare the Recovery Disk, you would have to create a separate partition (logical disk) on the same USB physical disk which should be greater than 1Gb. As well, the Mac should have a Recovery HD partition created on it during the Lion OS install or upgrade. This is because the Recovery Disk Assistant formats the drive to create the partition. As well, the partition will be hidden from view when you use the file-system utilities like Finder or Disk Utility.

It will come in to play when you have the external disk connected to the Mac and you reboot it while holding down the Option key. Here, the new Recovery partition will be listed as an option in the Mac’s “Startup Manager” boot menu.