I am reviewing the Toshiba Tecra R850 laptop which is a business-focused standard laptop computer driven by the Intel Sandy Bridge processor series. It has a few features that would make it appeal to small businesses who want that “work-home” laptop such as increased durability and a highly-resilient hard disk with a shock sensor. 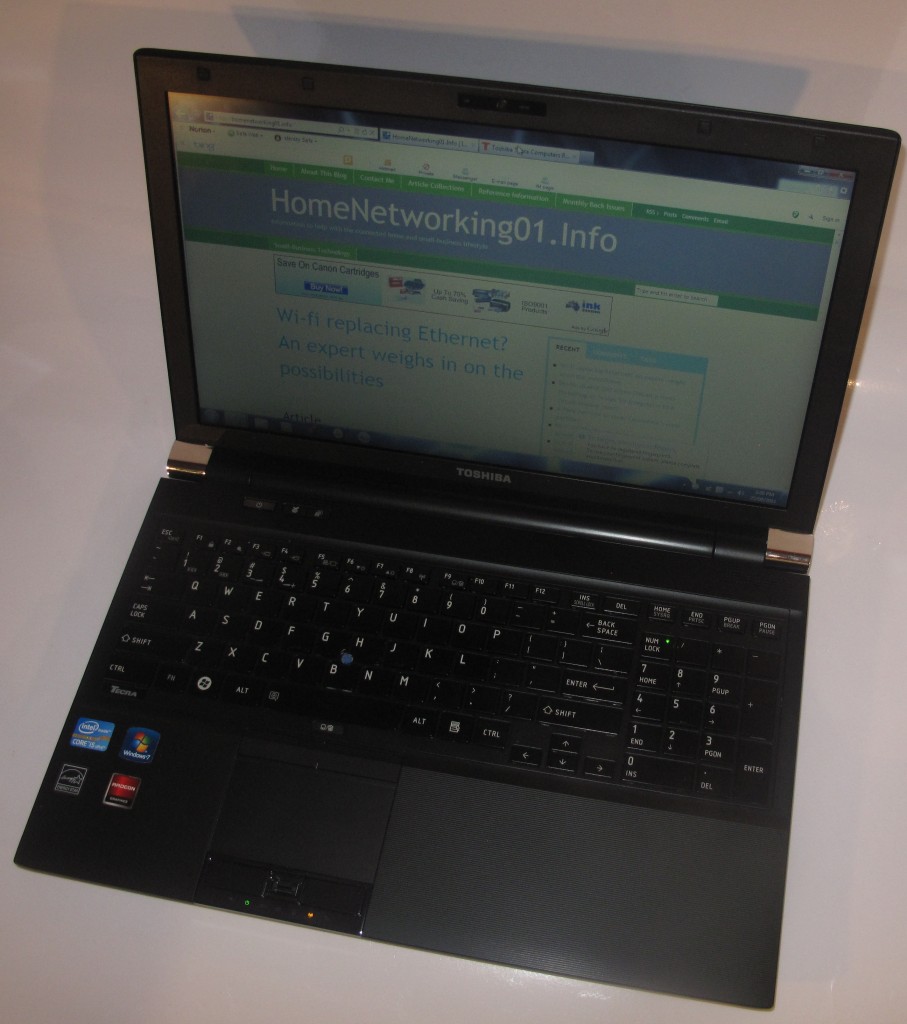 The Toshiba Tecra R850 series of laptops is finished in a black matte plastic finish with chrome-highlighted hinges. The lid and palm rest are finished with a fine herringbone-like ribbed texture that makes it less slippery to handle ad gives a quality finish to the unit.

The unit feels very well-built like what would be expected of a good business-grade laptop, and I would expect it to withstand a lot of heavy use.

The Tecra’s keyboard is a chiclet-style keyboard which, like the Portege R830 can be slippery to work. It could benefit from the keys having a rubber-feel capping or other rough texture on them to cut down on the slippery feel. At least you can still touch-type accurately on these computers. 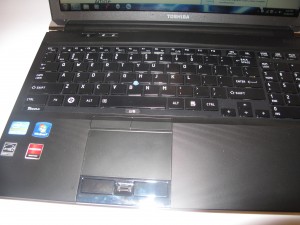 Keyboard with thumbstick and trackpad

The Toshiba Tecra R850 Series uses a dual-control interface for mouse-cursor control. Here, you have the familiar trackpad but also have a “thumbstick” (joystick) that was common on IBM/Lenovo Thinkpad laptops. The latter option may be of use if you want accurate cursor control.

You can disable the trackpad if you find that the cursor jumps around as you type, which I have found with this computer. This can be done by pressing a button under the spacebar rather than going through menus.

As well, there is a fingerprint reader that is used for secure logon and works with a Toshiba-supplied “password keyring” program as well as with Windows.

The Toshiba does well on expandability in that it has an ExpressCard slot for any future expansion options that may come along. As well, there is a USB 3.0 socket, a combined USB 2.0 / eSATA socket and two regular USB 2.0 sockets, which will satisfy the most peripheral-endowed workplaces.

It is also worth noting that all of the recent Toshiba laptops such as this one and the Portege R830 that I previously reviewed have the Kensington locking slot located on the right-hand hinge pin.

The sound from the Toshiba’s inbuilt speakers is typical for a laptop computer. Here, there isn’t the full bass response and it comes out as very low-powered. If you want to gain better sound quality from this Tecra computer as well as most other laptops, I would prefer to use extension speakers, an outboard sound system or headphones for applications where you appreciate good sound quality. 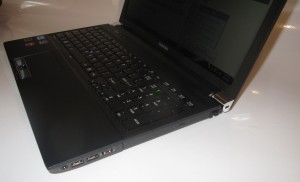 It is so easy to limit the display quality assessment of a business-market laptop to just text-based work but it is worth remembering that these laptops are used beyond the business norm of spreadsheets and PowerPoint presentations. Here they end up primarily as “business-home” laptops where the computer is taken home and used for multimedia activity there. In addition, a lot of businesses are dabbling in video and rich graphics as part of their presentation technique; and there is an increasing amount of business-focused multimedia content out there on the Web.

The AMD Radeon-powered display has a quality that suits most video tasks, but the display can be a bit too pale when run on the battery-saving mode. There isn’t ready access to the dual-mode graphics that the Sandy Bridge chipset is known for, so you can’t easily switch to Intel HD graphics if you want to run the Tecra R850 on integrated graphics to “spin out” the battery runtime further.

What I also like about this unit’s screen is that it isn’t of the reflective type which is the norm with a lot of laptops. This also makes the screen less of a fingerprint magnet. The unit has a VGA connector which will come in handy for older projectors that have this connector as well as an HDMI audio-video connector for newer displays. This also means that it can be connected to an amplifier or digital-audio converter that has HDMI inputs for better sound. It also has the regular headphone jack for connection to headphones or other equipment that yields better sound.

I had ran the Toshiba Tecra R850 through the DVD run-down test and it was able to play for nearly 5 hours from fully-charged before the battery ran out to a critically-low point. I have also subjected this laptop to long sessions of regular use while on battery and have noticed that there was very little impact on the battery runtime available.

As I have noticed before, the new-generation Intel chipsets have improved the battery runtime for these laptops. This is even though the Toshiba didn’t have accessible dual-mode graphics.

A feature that I appreciate with the Toshiba Tecra R850 Series business laptops, and one that may be common amongst a lot of its business-focused peers is a shock-protection mechanism for the hard disk. Here, if the hard disk experiences a sudden jolt or extended vibration, the read-write heads are parked in a safe zone away from the data and all read-write activity is delayed until the computer is stable. In some cases, this may lead to the computer taking longer to hibernate when you pack it away in your bag.

This is a function that is important for laptops that are likely to be carried around frequently while in operation. Of course, when these laptops are off, the disk heads would be parked at a safe location; and I would see these functions as being mandatory for all portable computers.

The Tecra doesn’t run excessively hot during use. This is due to internal design to permit proper airflow and a temperature-controlled fan that operates at the required speed for the situation.

One point of improvement that I would like to see for the Toshiba business laptops is for the keyboard to have distinct texturing on the keys so they don’t feel as slippery to use, especially if you touch type. This could be achieved through the use of rubberised keycaps or just simply rough-textured keycaps.

As well, Toshiba could work on a variant of this computer series which has the ruggedness and performance capabilities of the series like the hard-disk safeguarding features but doesn’t have the “managed computing” features that would be required for corporate deployment. This variant could then be targeted at students and small business users who want something that is long-lasting but less costly.

It could be part of a “bridge” laptop product lineup that stands between the computers normally sold to the “big end of town” and the consumer laptops that are sold through big-box retailers.

I would specify the Toshiba Tecra R830 Series computers as an all-round “work-home” laptop for most small-business owners who want to move their offices to the “new computing environment”. The test configuration is able to support most business and home tasks very adequately. 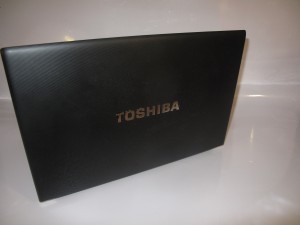 I would recommend the higher-end configurations if you do a lot of graphics-intensive work like creating “rough-cut” videos or finely editing pictures. On the other hand, the 3G-enabled variants would be useful if you are able to manage a separate 3G wireless-broadband service with its separate allowance. On the other hand, you could wirelessly-tether your smartphone to your non-3G variant of this laptop for use with your wireless-broadband service.

Will more Windows-based laptops appear on the “Cool Wall”?