I haven’t reviewed any of the Internet table radios for over a year because of a desire to review the “big sets” such as the hi-fi equipment and systems; as well as encompassing other computer equipment.

But now I have the chance to review the Pure Sensia 200D Connect Internet table radio which is the successor to the original Pure Sensia, the first Internet table radio that is controlled in the same manner to the smartphone or tablet. This set has been optimised for Pure Connect which is the rebranded version of the original “Lounge” online content service offered by Pure, with this service also become a music-content streaming service as well as an Internet-radio directory. 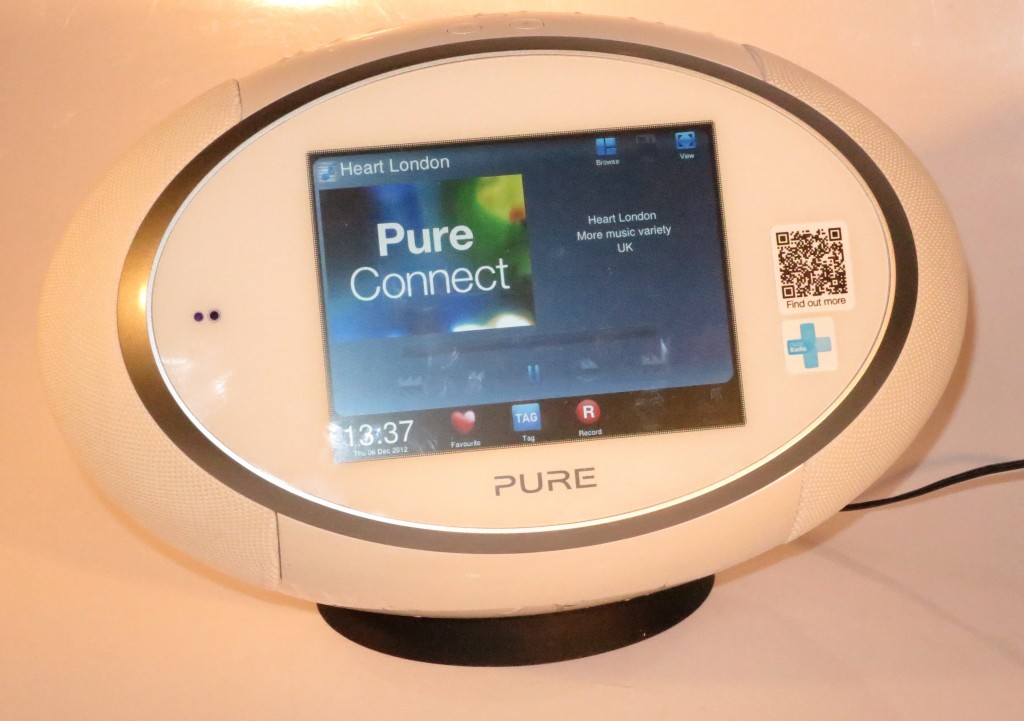 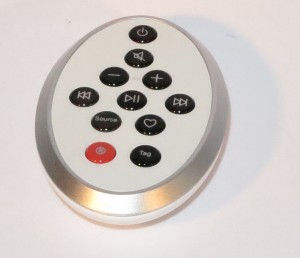 The Pure Sensia 200D Connect, which is available in white or black, is an egg-shaped radio which can sit directly on the bench with its touchscreen display angled upwards. As well it can be perched on its supplied base so the display can face straight forwards. It also comes with an oval-shaped infra-red remote control that can be used to operate the basic functions.

As for power. the radio can work on AC with the supplied AC adaptor or can work on the optional ChargePAK F1 rechargeable battery which allows it to be a portable radio. 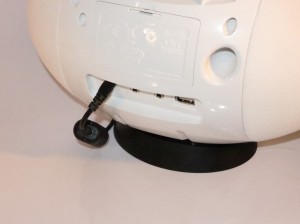 The connections available on the radio – AUX IN, Headphones, USB

One feature I am pleased about is that this radio has a headphone jack so you can use it with headphones or connect it to external powered speakers like computer speakers for a better sound.

The sound from the internal speakers has some good bass response which works well for voice and music, something that would be expected from a good table radio. Even when I tried it with the New Year’s Eve broadcast form Heart London, the sound from Big Ben’s chimes that rang in the year at midnight GMT (UTC) had that same weighty sound. As for tone control, you only have the bass & treble settings, without any loudness compensation or other tone preset.

For FM radio, the Pure Sensia 200D Connect is not all that consistent in “nailing” a clean stereo signal for all Melbourne stations when it was used downstairs of our split-level house. On the other hand, the set was able to catch all DAB+ multiplexes in Melbourne and play the expected clean sound from the services that are on the multiplexes. Of course the radio supports full information display for RDS-capable FM stations and DAB+ stations. 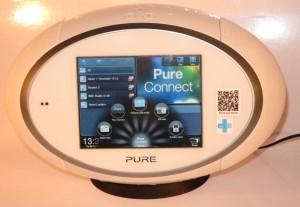 This set is operated primarily via this touch screen

The Internet radio functionality that the Pure Sensia 200D Connect has work well even though it was dealing with over-subscribed Internet broadcast streams. Like other Pure radios, the Sensia uses a form-based selection arrangement for “drilling down” Internet stations that you are after. This is different to the “tree-based” arrangement that most Internet radios use.

As well, you sign up with the free Pure Connect to store your favourite stations, which can also work as a listening point for Internet radio on your computer. There is also the ability to record from DAB+ or Internet broadcasts to a USB memory stick in the same way that you used to in the 80s with the classic boomboxes. But this function doesn’t extend to FM broadcasts. 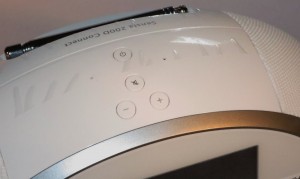 Controls for power and volume on top of the radio

The Pure Sensia 200D Connect does work as part of the DLNA Home Media Network, more so when you select the content from its display rather than “push” the content from another DLNA Control Point device. You also have the ability to have this device show images on its display thus working as an electronic picture frame.

It can also work as a clock radio that responds to two alarm events and a kitchen (count-down) timer. The alarm events can be set to a particular weekday, Monday-Friday or the weekend as well as the ability to sound every day. There is even the ability to set the alarm to sound once which can be useful for specific events or if you have the Sensia 200D Connect in a guest bedroom.

When you turn the Pure Sensia off, the screen shows the current time, but goes blank until you touch it. You can override this so that the radio can work as a clock, showing the current time all the time when it is off.

One point of improvement that Pure could implement is to be able to use a USB-connected optical drive as a CD player when you just want to play CDs. Similarly, the support for Bluetooth, DLNA MediaRenderer or Apple Airplay functionality could allow for wireless playback of music from smartphones or tablets.

This radio has the potential to be the basis for a platform-driven table radio product with such things as an app store or a software package that provide enhanced functionality. For example, it could benefit from a “hotel package” which provides an easy-to-set alarm clock that is reset when a guest checks out, volume limiting, tourist-information display and the like to benefit the hotel industry. Similarly, there could be apps that show the news, weather or RSS newsfeeds.

I would recommend the Pure Sensia 200D Connect radio be useful for a network-enabled radio that can be used in the kitchen, office or shop; or as a clock radio for the bedroom. This is more so if you value the large touchscreen or the online integrated functionality that this radio offers.