I am reviewing the Pure Jongo T6 wireless speaker which is a tabletop wireless speaker capable of operating in an open-frame DLNA-based Wi-Fi network or as a Bluetooth speaker. It can be used as part of a pair of stereo speakers with another T6 or as part of a Jongo multi-speaker setup with music from a DLNA media server, Internet radio stream or content on a smartphone.

There are two smaller varieties of this speaker known as the T2 and T4 which have smaller drivers but the same abilities in positioning and the kind of content available to them. These also are part of the Pure Jongo multi-speaker setup which delivers synchronous audio to multiple speakers using a Wi-Fi network. 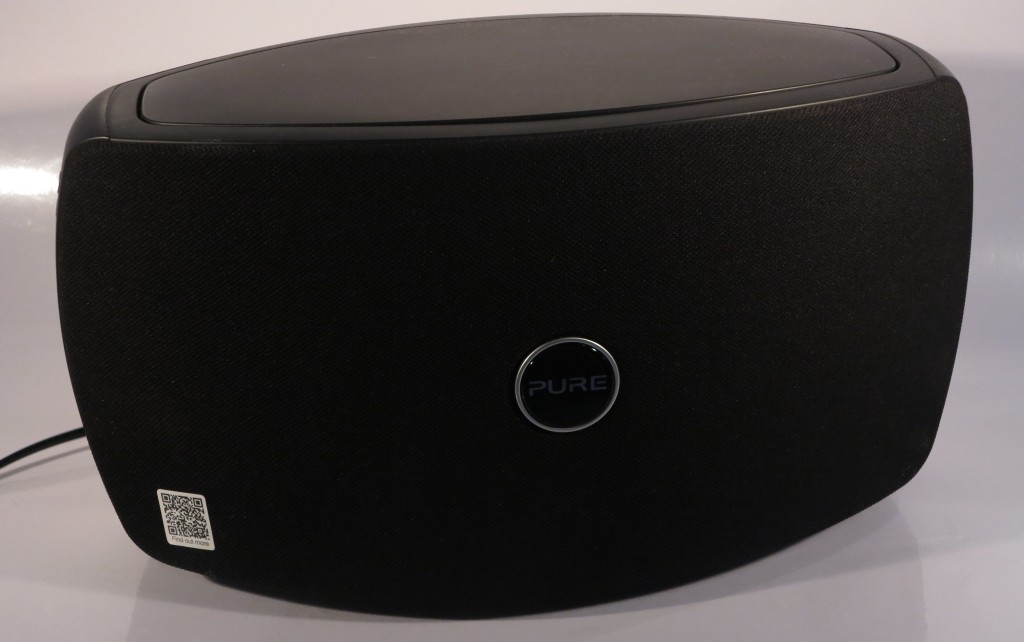 The Pure Jongo T6 is a large speaker system that is directly powered from the AC supply rather than using a wall-wart power adaptor. This unit uses an integrated stereo amplifier which drives two 5” full-range speakers. It can be positioned on its side to work as a mono speaker and can be part of a stereo pair with the sound streamed from the same network.

As for powering the speaker from AC power, the Jongo T6 uses an integrated AC power supply like most boom-boxes. Here, it came with the typical “portable-radio” AC cord rather than one of those “wall-warts” that can be annoying when using power boards or even double power outlets.

Like most of the wireless speakers that are currently on offer, the Pure Jongo T6 implements the “own access point plus Web page” for integrating with a Wi-Fi segment that doesn’t implement WPS one-touch setup. This page also allows you to determine vertical or horizontal placement which affects how the speaker will sound. Of course, you can subsequently manage the Jongo speaker from your smartphone using the Pure Connect app. 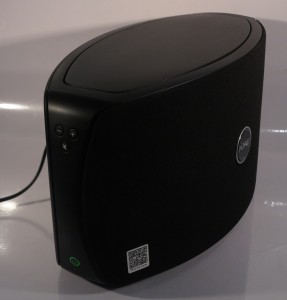 Side view with main controls

If you are using the Pure Connect app, you have to look for the distinct P logo which shows that the app has detected the existence of Jongo speakers on the network so you can stream the Internet radio and on-device content through your speaker. Of course, this speaker works hand in glove with other third-party DLNA control-point software making it be part of the DLNA Home Media Network.

There is of course the Bluetooth ability where the speaker can be simply paired to your phone when it is turned on and this device didn’t take long to pair up to my Samsung Android phone as a Bluetooth endpoint. Then it was able to yield smooth streaming performance from the smartphone.

The Jongo T6 does yield a powerful sound that has a good tight bass but there isn’t at times much of the treble response. The Pure Connect app offers a treble and bass control but I assessed it based on the tone controls being kept flat.

As for performance on the home network, it works well in most locations when it comes to picking up the Wi-Fi signal and is reliable with streaming content sent to it using DLNA. It can recover quickly from jitter with Internet radio but, like a lot of these devices, “gives up the ghost” too easily if the connection is congested rather than retrying if it loses touch with the host server. 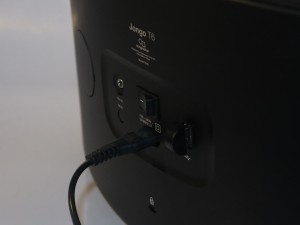 I have run this speaker with my smartphone as a Bluetooth A2DP media device and it was responsive when it came to paring and connecting up with the phone. This echoed the same behaviour that the demonstrator Jongo T6 came through with at the Australian Audio & AV Show 2013.

I would like to see the Pure Jongo range of products equipped with a “Bluetooth / Wi-Fi” switch which forces them to work either as a Wi-Fi device that is part of the home network or as a Bluetooth speaker. This can work well with “walk-up” usage where someone may play content from their mobile device or laptop on an ad-hoc basis.

Similarly, this range of products could work with the Pure mobile-platform app to implement a Wi-Fi Direct or “own-AP” setup with a smartphone or tablet associated with a 3G service for Internet radio and other Internet services when they are used away from a small network or to set up a multi-speaker arrangement away from a small network. But this can be mitigated through the use of the Bluetooth connection between the mobile device and the speaker for 1-to-1 audio streaming.

Pure could also port their Connect app to the Windows 8 and Macintosh OS X platforms to make it relevant to the increasing number of small notebooks and tablets that run these regular-computing operating systems.

As for the T6, it could be improved through Pure offering a “higher-tier” model that has the tweeter speakers to bring out the best for higher frequencies. The app could also offer a loudness function to allow it to sound at its best at softer volumes.

I would recommend the Pure Jongo T6 by itself as a wireless speaker fit for filling a kitchen or other medium-size area with music or competing in a noisy environment in a similar vein to a larger portable radio.