I am reviewing the Lenovo G50-70 15” laptop which is a model that Lenovo are pitching as an affordable model for families to consider as the household laptop or a student who is wanting one to use for their studies and party life.

There are three different variants of this laptop model with this one offering an Intel i5 processor, 4Gb on the RAM and 500Gb on the hard disk. It also comes with AMD discrete graphics that work alongside the Intel integrated graphics in an “overdrive” fashion.

There is a cheaper variant that uses an Intel i3 processor and integrated graphics only while the premium variant offers an Intel i7 processor, the full discrete graphics treatment along with 8Gb on the RAM and 1Tb on the hard disk. 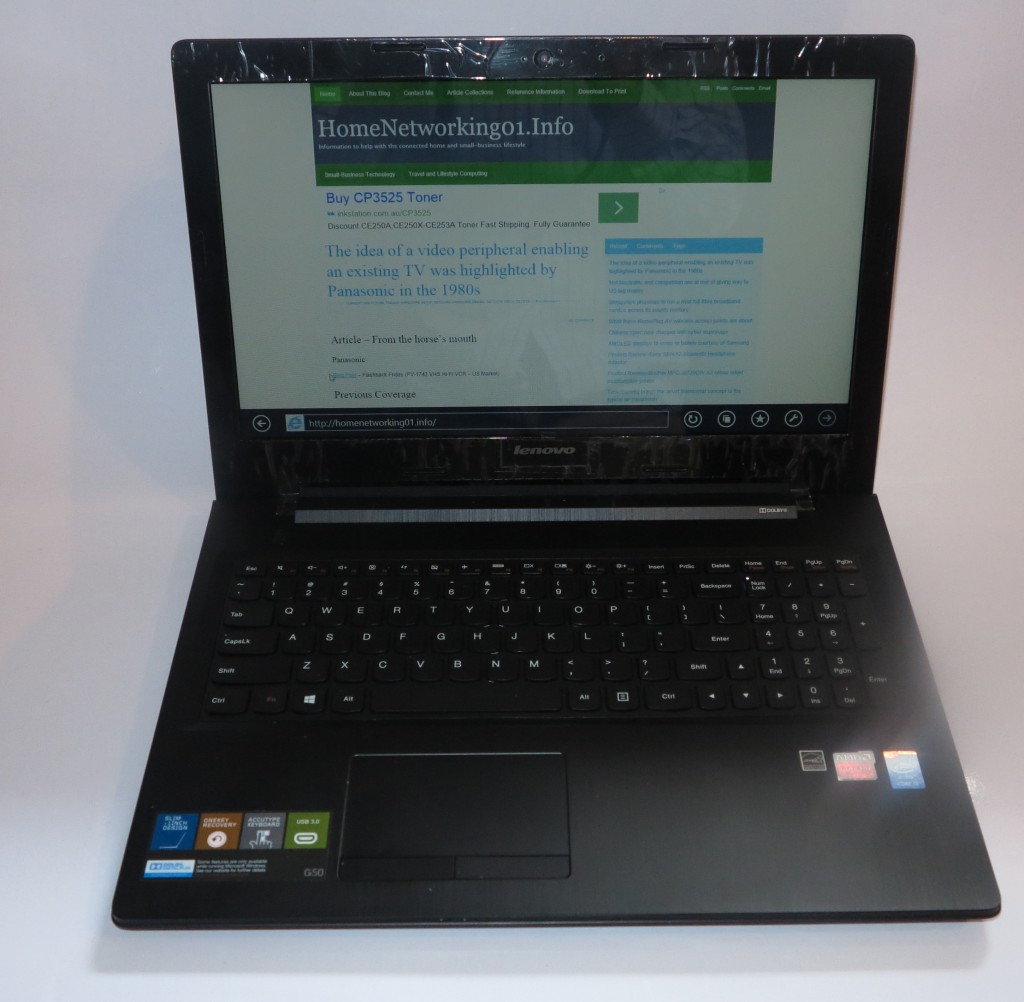 The Lenovo G50-70 Series is a well-built regular laptop with a charcoal grey finish like other products. It also exhibits the same level of durability that is associated with that name.

This unit hasn’t had heat build-up and you may be able to work with it on your knees. As well, I haven’t heard a fan kick in frequently while it is in operation.

The Lenovo G50’s keyboard uses a chiclet design but is laid out for accurate touch-typing. It feels responsive and hard this having the proper tactile feedback. The function keys are offered as a default function without you needing to press the Fn key to gain that function – Alt-F4 to close a program is still Alt-F4 rather than Alt-Fn-F4.

Thanks to the use of dedicated graphics infrastructure, I would expect this variant of the Lenovo G50-70 to come up well with multimedia and games and it did so when I ran the DVD to test its battery runtime. Like most consumer laptops, there is the issue of a glossy screen which can perplex some users.

Audio, altuough being equipped with Dolby tuning, is typical for most laptops – small speakers that contest with other circuitry for sounding space.

The Lenovo G50 comes with 3 USB ports, two ofhich are USB 3.0 ports along with an audio in-out socket. You could connect it to external video displays and projectors using the HDMI or VGA sockets which can also suit use with older monitors and economy data projectors.

For network connectivity, you can connect to a wired Ethernet network using a “clothespeg-style” Ethernet connector similar to what has been used with the HP Envy4 series of computers and the Sony VAIO Duo 11 slider convertible connector. But the wired connection can only go up to 100Mbps which doesn’t allow for today’s next-generation broadband requirements. The Wi-Fi segment is a single-band 802.11g/n setup which will suit most home, work and coffee-shop wireless networks while you have Bluetooth 4.0 Low-Energy (Bluetooth Smart Ready) operation for wireless peripherals.

The 500Gb hard disk has the right capacity for most users and I am pleased that the whole series comes with a DVD burner, something that is starting to disappear in this day and age as far as secondary storage is concerned. Think of kids watching DVDs on the long journey, being able to share data via a very cheap optical disk or even loading some retail-box software like games still delivered on optical disk.

The Lenovo G50’s battery life was very typical for most “mainstream” laptops where it could work for a long time on basic tasks but not so well for multimedia tasks. This was aided by the implementation of a dual-graphics setup which can be configured to prefer the integrated graphics for battery use.

I even run this for one and a half hours playing a DVD before the battery gave up the ghost. This was to see how it would handle activities like playing multimedia content while “on the road”.

The Lenovo G50 Series could benefit from having a full Gigabit Ethernet port for wired networks while it could have at least dual-band 8802.11n Wi-Fi network abilities which would be now considered for today’s networks with the imminent arrival of next-generation broadband.

As well, for a family laptop, it could benefit from the same keyboard and trackpad design that the Thinkpad laptop range implement due to the ruggedness that was effectively built in to these models. This could be augmented with an override switch so you are not always triggering the trackpad. 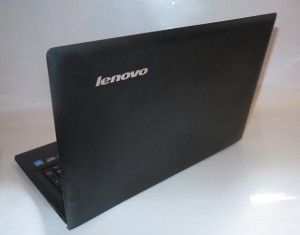 The Lenovo G50-70 Series is really the laptop equivalent of a middle-of-the-road “family car” like a Ford Falcon or Holden Commodore sedan in Australia and New Zealand.  It is available in a range of models that can “do the job”with one offering baseline functionality, one offering what most people want and a premium model that has “all the fruit”. It is infact one of a few I would recommend for a household to consider as a candidate for the “family laptop” or for someone to consider as a personal “all-purpose” laptop.

Most families and students after this model could get by with the mid-tier package that I reviewed with it being able to do most “across-the-board” computing tasks.Those who are seeking performance or on-board storage capacity may find it better to head for the top-shelf model.

Attention: Look at this article to know how to remove the Superfish Visual Discovery adware from this machine.

Lenovo puts fresh blood in to the Yoga lineup